7 Children with Autism Get Own Documentary Film Series; New Film Every 7 Years

7 ON THE SPECTRUM is the first documentary film series that will follow the lives of 7 children, each diagnosed with Autism, each seven years of age. A new film will follow every 7 years.

Portland, OR -- (SBWIRE) -- 10/06/2014 -- Crowdfunding is an increasingly popular way to finance independent films. However, projects with immense social and humanitarian impact like 7 ON THE SPECTRUM are unique to the arena. Director Geoff Todd is telling the story of seven families from Portland, Oregon who all have a child diagnosed with Autism Spectrum Disorder (ASD). The film will detail their lives and routines and recreate for the viewers what life is like living with Autism. Following in the footsteps of Michael Apted's UP series, a new film with the same seven children will be released every seven years.

Filmmaker Geoff Todd already wields great experience from working in films like THAT GUY DICK MILLER(Dir:Elijah Drenner) in addition to directing special features for films like the Blu-ray re-release of GREMLINS 30th Anniversary Edition. However, his greatest strength heading into the film is his 8 year old son Noah who was diagnosed with severe ASD at the age of 2.

"When Noah first received his diagnosis, it was crushing" commented Todd. "As a parent your natural instinct is to fight, to look for a solution, there is no way your child has Autism. I learned quickly that when you walk hand in hand with Autism, instead of fighting it, new opportunities present themselves, life becomes more manageable. You can have an amazing life when a child has Autism, it's just a different life, and that's what I want to celebrate with this film series."

Autism affects over 2 million people in the United States and tens of millions around the world. Speaking at the launch for the Crowdfunding campaign, Todd commented on the reach and stigmas of Autism. "Despite millions of people around the world waking up each day with an Autism diagnosis, society still has a very narrow view when it comes to the spectrum. They think each child or adult with Autism is like the Dustin Hoffman character in RAIN MAN. Autism impacts each person in a unique way, and we want to highlight that diversity in our Autism community. The best way to do that is to show a lifetime with the diagnosis."

About the Series
7 ON THE SPECTRUM (2015) 7 amazing kids each diagnosed with Autism. 7 incredible families. 7 lifetimes that will change the world.

Learn more about the film at www.autism-movie.com. 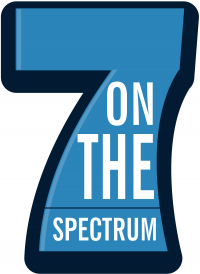