Beverly Hills, CA -- (SBWIRE) -- 05/09/2013 -- Agency for Dispute Resolution (the “Agency”) has just announced its sponsorship of the upcoming Association of Corporate Counsel’s 2013 Annual Meeting, to be held this fall (October 27-30) in Los Angeles, Calif. The Agency, which offers white-glove alternative dispute resolution services to attorneys and corporations, will be the only dispute resolution Gold Sponsor at this educational event.

The Association of Corporate Counsel (ACC) is the largest organization specifically catering to the needs and interests of in-house attorneys, and its annual meeting is densely packed with educational and networking opportunities available only to in-house counsel. As an ACC Gold Sponsor, the Agency is joined by storied firms such as KPMG and Latham and Watkins.

During this upcoming event, the largest of its kind in the world, Agency for Dispute Resolution will present a program called “Mediating an EEOC Case: Unique Aspects and Opportunities in Employment and Labor Disputes.”

Drawing on its industry expertise and established relationships, the Agency will facilitate a round table discussion between the Equal Employment Opportunity Commission (EEOC), Fortune 500 in-house counsel, and academic dispute resolution experts examining the best practices in typical EEOC conciliation and settlement.

As many employers know, one of the biggest benefits of the EEOC mediation program is the speed and the control afforded the parties. In fiscal year 2012, 76.6 percent of cases mediated through the EEOC were resolved, and in an average of 101 days, versus the over 200 days taken by the traditional investigative process.

With the number of resolutions in 2012 almost doubling that of 1999, Mark Fotohabadi, Managing Principal of the Agency for Dispute Resolution, stated that he is honored and excited for the Agency to present “Mediating an EEOC Case” at the ACC’s annual meeting.

“We look forward to highlighting the best practices in typical EEOC-mediated settlements, and remaining at the forefront of helping in-house counsel translate theory into practice.” he said.

“There are so many opportunities for a mediated conciliation and settlement in an EEOC case — early intervention, pre-investigation by the EEOC, post-cause, and during litigation are just a few examples. We’re going to explore them all!” added Carlton Sims, Agency VP and ACC program organizer. 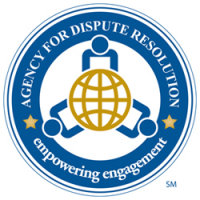