San Francisco, CA -- (SBWIRE) -- 09/03/2015 -- BestDebtCompanys.com (BDC) released a new survey about why people choose not to work with debt settlement companies to lower their overall debt. This survey provides a look at the variety of reasons people want to settle debt on their own.

"We review companies that can help people to get out of debt," PR Director Kate Ward said. "We want to better understand why people use, or in this case, don't use, settlement companies to better suit their needs."

The survey, which had 1,000 respondents, asks the question: "Why would you not want to work with a debt settlement company to reduce your debt?"

Here are the following responses with their corresponding percentages:

With the second most responses, lack of trust with debt settlement companies is clearly an issue that is not going away anytime soon. The BDC team sees this as an opportunity to help show people the companies they can trust when it comes to their debt.

About BestDebtCompanies.com
BestDebtCompanies.com provides unbiased reviews of over 145 companies in the debt industry. These reviews, based on our ranking criteria, combined with real user comments, helps consumers get a better understanding of each company.

The BDC team stands behind each company they recommend and know potential customers will be able to get on the right path to settle their debts.

BestDebtCompanys.com strives to provide customers with unbiased reviews and allows users to have a voice. 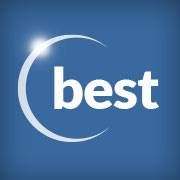