Bill to Allocate Federal Lands for Hunting and Shooting Activities - Will the Senate Finally Approve It?

Having 60 more votes to advance in the final vote is all that’s needed to pass the bill in Senate to approve the expansion of hunting lands, shooting, and other sportsmen’s activities on federal lands, as reported by The Blaze. In the recent voting held early July, senators voted 82-12 which is a good sign that the bill will likely be approved.

Madison, MS -- (SBWIRE) -- 07/25/2014 -- In the last few years, the proposal by the bipartisan party to allocate federal lands to hunting and shooting activities has been jolting around Congress and a number of proposals were geared towards allowing people to utilize the thousands of acres of land run by the federal government.

In the said proposal, target ranges are envisioned to be placed on public lands where target shooting, hunting, and fishing will be allowed. The ban on the use of fishing gear with lead components that was mandated due to environmental concerns, will also be lifted. People who are importing polar bear trophies can freely do so as well once the bill has been approved.

This bill however, is being opposed by some Democrats who still believe that people’ rights of using guns should not be further expanded. Chris Murphy and Richard Blumenthal, Democratic Senators of Connecticut finalized their decision to vote against the bill. They both conceded to the idea of having stern gun regulations. Murphy stated that there are few more important restrictions that should be prioritized by the government when it comes to gun use. What is more important, according to him, is talk about keeping guns out of the hands of criminals and stopping the epidemic of gun violence in the USA.

Despite oppositions’ take on the issue of utilizing federal lands for hunting and shooting, the number of senators who are against the approval of the bill seem not to suffice for the bill not to be passed. According to reports, “the House has passed similar legislation a few times over the last few years, and the language in the Senate is a product of Sens. Kay Hagan (D-N.C.) and Lisa Murkowski (R-Alaska). The Senate bill also includes some language related to habitat conservation, which helped attract bipartisan support.”

Senator Hagan firmly believes that the bill is vital for future generations of Americans to benefit from the various activities that can be done using government-owned lands. Shortage of public shooting ranges across the US has been a recent issue and the proposed bill will allow the states to assign federal land proportions in creating and maintaining shooting ranges. 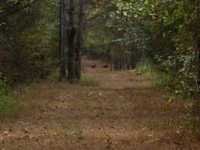