Los Angeles, CA -- (SBWIRE) -- 08/04/2014 -- Even though Bollywood is currently the world’s largest grossing film market, Hollwood is the engine that drives world culture. Though a few attempts have been made to bridge the gap, the previous attempts have been largely unsuccessful, except for Danny Boyle’s breakthrough hit: “Slumdog Millionaire”.

Zide has long been known for his track record of success, who hit’s besides the afore mentioned franchises include: “The Big Hit” with Mark Wahlberg, “Jingle all The Way” with Arnold Schwarzenegger and “Little Black Book” which was one of Brittany Murphy’s last films.

Devalla is the nephew of Bollywood powerhouse, Producer Shyam Prasad Reddy, and assisted his uncle with such films as “Ammoru”, “Anji” and “Arundhati”.

“In the past,” says Devalla, “Bollywood tried to create it’s own films and force it upon the American public. This is basically like trying to fish and tell the fish what bait it should bite on. Anyone who fishes knows that fish are picky and you have to adjust your bait for the fish, or you’ll be going home hungry. What I plan to do with Warren is to make AMERICAN films with Bollywood actors integrated in.

The reason many Asian film stars don’t make it in the US is because they are cast as leads right away. Not only is their English poor, but the American public has no idea who they are, even though they may be huge internationally, so the picture bombs.

If you look at the Rock, Dwayne Johnson, he played small supporting roles and got the public used to seeing him, while gradually getting bigger and bigger parts. If you take an apples to apples comparison, John Cena, also from professional wrestling, was cast in a lead immediately in ‘The Marine’ but no one knew who he was.

So for Bollywood actors, they need to play supporting roles and acclimate the American public to them if they want to make it in the States. Working with Warren, not only can I bring Indian stars, but also the Indian market and Indian investors.”

Says Zide: “It’s exciting to be able to expand into that market. It’s something that all of us have thought about at one time or another. Having someone like Ahbishek, who’s on the inside of that market will help tremendously, not just because of his connections and expertise, but also because of his vision.” 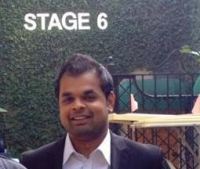 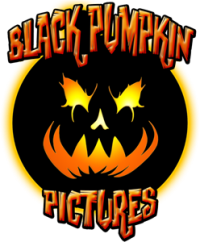