Dr Lycka is an active supporter of a number of charities and of women’s causes in particular. Ms McCutcheon has a strong passion for community involvement, health and fitness, as well as fashion. She places an intense value on volunteer work which is emphasized through her diverse involvement with several organizations, and she also supports women’s causes and issues such as domestic violence. It was this mutual interest and support which has led to Dr Lycka offering sponsorship to Brieanna as she strives to achieve her dream and become crowned Miss World® Canada on May 11, 2014.

The delegates have to succeed at a number of tasks, and one critical aspect is securing the People’s Choice Award. Voting opened on February 20th and closes on May 10th, through the Miss World® Canada website and the Miss World® Canada Facebook Page. If Brianna gets enough votes then she will automatically be selected as a Top Ten Finalist.

Dr Lycka’s sponsorship covers a number of activities as well as financial support. To help Brieanna in the People’s Choice vote, to promote her bid and attract as wide a circle of votes as possible, Dr Lycka has featured Brieanna within his widely distributed newsletter, and within his extensive network of professional colleagues. His support is also in the form of introduction to her coach, Harriet Tinka, and photography with Paul Walker at McMasters studio.

As Dr Lycka said: “A few months ago, Brieanna McCutcheon, approached me with a dream - the dream of becoming Miss World Canada. She is doing this in honour of her mother who sadly died last year. The thing that will help her the most is to vote for her and to get as many people as possible voting for her. As one of her sponsors, one of the things that I have been doing is to invite everyone I know to support Brieanna by voting for her.”

The mission of Miss World® Canada is:
- To be an international symbol of Canadian beauty and charity.
- To comfort and aid the less fortunate through fundraising and compassionate human outreach.
- To empower young Canadian women to act selflessly so they may inspire the youth.

These are values that Brieanna truly believes in, and her community involvement demonstrates this.

Firstly, her role in Big Brothers Big Sisters allows her to share her values of inspiring others to reach their full potential through her relationship with her Little sister.

Lastly, Brieanna volunteers as a professional dancer and ambassador for the Edmonton Oilers Octane Cheer Team. Not only is this team a performance team, they are also involved in the community from Meals on Wheels to children’s hospital visits, read in week within local elementary schools and more.

Brieanna is grateful for the opportunity to participate in Miss World® Canada and believes it is another wonderful way to give back. She welcomes the pageant with an open heart and believes she can truly make a difference.

This is the hyperlink to vote for Brieanna McCutcheon in the Miss World Canada People’s Choice Award:
http://missworldcanada.ca/contestants/mwc-2014-contestants/
Voting closes on May 10th 2014.

About Dr Barry A.S. Lycka
Barry A. S. Lycka, Edmonton based Cosmetic Dermatologist, is one of North America's foremost authorities on cosmetic surgery, skin cancer surgery, reconstructive surgery and laser surgery of the skin. He produces a weekly video blog to provide an unbiased source of credible information on cosmetic surgery.

On a local level, Dr. Lycka truly embraces giving back to his community through his sponsorship, participation and involvement in many Edmonton charitable organizations. In 2013 he was recently honoured with the AFP National Philanthropy Day Award in the Social Service category. For further information about his sponsorship of Brieanna McCutcheon, or any other issue, Dr Lycka can be contacted via his website barrylyckamd.com or by telephone at his Edmonton office (780) 665-3546. 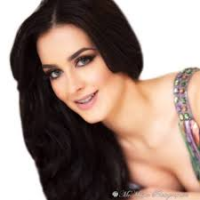