Clinton, MO -- (SBWIRE) -- 04/22/2014 -- The ZF 8-speed automatic transmission is designed and built by ZF Friedrichshafen AG. It had its debut in the BMW 7 Series and since then each new BMW model in all Series down to the 1 Series in rear wheel drive and all wheel drive version is equipped with it. One of its main aims is to improve vehicle fuel economy, and it can achieve an 11% saving compared to ZF-6 speed transmission and 14% versus modern 5-speed transmissions. Due to changes in internal design, shift times have reduced to 200 milliseconds, along with the ability to shift in a non-sequential manner - going from 8th to 2nd in extreme situations.

Future development will see four-wheel drive versions available, with this version destined for Volkswagen Group. Chrysler Group LLC initially received the 8HP 8-speed automatic transmissions from the ZF Getriebe GmbH plant in Saarbrücken, Germany. By 2013, in parallel with Chrysler Group, ZF has set up a new transmission production plant in North America. Chrysler vehicles such as the Dodge Charger, Chrysler 300, Ram 1500, Grand Cherokee and Durango can be found with this new type of transmission. Also BWM, Audi, Jaguar, Lancia, Rolls, VW, and Maserati can have 8 Speed ZF Transmissions.

The ZF nine-speed is masterfully packaged and despite the extra three gear ratios is only 0.24 inches (6mm) longer and actually weighs 16.5 lbs. less than the outgoing six-speed transmission. The compact packaging is achieved by using a number of innovative design features: A new compact hydraulic vane-type pump, two patented dog clutches which replace bulkier conventional clutch packs, and a nested gear set. Land Rover & Jeep both offered the world's first nine-speed automatic transmissions for a passenger car earlier last year, as well as the Chrysler 200, Land rovers, Honda, Acura, and Mini added them this year.

Champion GlobalTrans® Synthetic M-V ATF is a full synthetic multi-vehicle automatic transmission fluid that delivers superior performance in the areas of low-temperature flow, wear protection, frictional stability and also supplies resistance to thermal breakdown. Formulated with 100% synthetic base fluids chosen for their superior resistance to oxidation and viscosity changes. Exceeds the performance specification of most European, Asian and North American OEM’s including:

Note * Champion supports this product as suitable for use in these specifications although the factory fill viscosity may be different. ** TES 295 and TES 389 are registered trademarks of Allison Transmission, Inc. 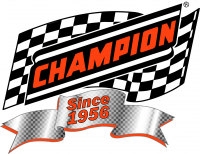 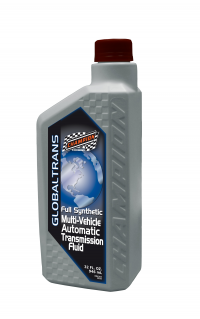