Teens Express Gratitude to Conscious Music Entertainment and Encourages Other Teens to Follow Their Own Dream...While CME and Muzart Give Them the Resources to Sing As Though No One Were Listening

Nashville, TN -- (SBWIRE) -- 05/21/2012 -- Josie Passantino, and Lenore Luca, are not your average teens of today in fact they are voices of the future. Role models for their peers.

Teen supporter's of many social causes such as cancer, veterans, bullying, homelessness, music education, and positive lyrics, for youth. These two young ladies have been mentored by one of Nashville's most noted songwriter's and owner of Conscious Music Entertainment, Milliea McKinney. Supported by Muzart World Foundation, and Founder Pat Melfi.

Milliea, took both girls under her wing, and supported their dream to achieve their goals. Goals that turned out successful because, it was based on love, determination, belief in oneself, and support, from the adults in their life. Guidance from those adults that cared enough to open that window of possibility . When we asked Milliea, what she was hoping to accomplished with the teens, and her message she stated, her goals were to demonstrate how important role modeling, and guiding our youth are.

She said, the message is that we open the gateway of experience for them so they can travel a journey that teaches them, and empowers them to challenge themselves, and the possibilities of what they can achieve if they just try to be the best they can be. Which prepares them, and other generations for a sound productive future. Music, being the resource all humanity resonates to. One that teaches our youth in many ways a resource to higher learning.

Part of the dynamics of this amazing concept is not only planting the seeds in our youth but, also awakening those that have already been planted in the adults in their lives by the generation before them says, McKinney.

Making them aware of the sound foundation our teens will develop and build, and begin to structure as we mentor, and teach our children the concept of being a quality citizens for our society. Also, making it known how positive lyrics, music, and education, create that solid foundation. Milliea, said, she feels Muzart World Foundation, and Conscious Music Entertainment, are the right, and left of those dynamics that balance that resource that can change the world of music, and education for the better.

She went on to say that she couldn't understand why those that make the decisions for the quality of education would ever consider music, and art as one of the first cutbacks...Nor, could she understand why the music industry would allow the graphic, and violent content filter into our children's hands. Ending her comment, she stated why she felt that she, and partner Pat Melfi, and others in the music industry know, and understand music, and its resonating affect on humanity, and its society, and why they have worked so hard in building that resource in Conscious Music Entertainment, and Muzart World Foundation.

It has often been said, 'Out Of The Mouths Of Babes.' I don't think I totally got that saying until I had the pleasure of meeting these amazing people who are building the stage for music that the world will come to know as 'Muzart World Foundation' and Conscious Music Entertainment.

Just think about it. Major holidays, are celebrated with music, personal celebrations also, celebrated with music, vacations, traveling, advertisement, entertainment, and in everyday living you hear music. So tell me why would we want it to stop? Imagine for one second the silence. Imagine a birthday party without a birthday song. A wedding, without that special song that will mark this festive moment in time. Imagine going to the beach without a boom box. Finally, going to church without a song of worship. In relationship to our children, what resource if not music would help a teen to cope with the many changes they go through as the develop into an adult. What resource would help them understand those feelings they experience during their growing years?

Music, is a way of life without it we all will die emotionally because, music is the link that seems to generate the relationship music identifies to our emotions, and inner being. Identifying, soothing, and even healing in our loss, broken hearts, happy times, and just plain want to feel good moments. Conscious Music, is a form of music that understands what words can do to the understanding, and interpretation of a group of words that paint the picture of a song. Which influence our listeners particularly our youth. Planting the seeds of music education. Knowing this to be fact why not start on a positive note?

Teaching our youth at the earliest age will help set the stage to a healthy, and happy experience with music, and music education. The importance of music is now more relevant than ever with concerns on cutting programs in public schools we open the door for even more serious problems elected by making these choices to do so. Muzart World Foundation, and it partnering company Conscious Music Entertainment, understand this crucial concept, and the need you to understand what cutting back on these programs will do for future generations of music, and its legacy. By beginning the process of understanding now as a society we can lessen the damage by coming together by supporting this amazing cause by first generating the knowledge, filtering the importance, gathering the support, and pulling in the donations so that children everywhere can experience the emotional concept of music, and its purpose in our daily lives.

We as a society owe it to our youth and the seeds of newer generations to have the benefit of the magic of music and its role in our daily lives. Such as with Lenore, and Josie, who met McKinney, through their talk shows while she was booking some of her clients. Within time they had developed a friendship, and trust in one another that opens the window of a mentor-ship. Both Lenore, and Josie are very grateful for this journey, and feel their connection to McKinney, had impacted their lives enough to make a positive impression on them. One they intend on taking with them and sharing with others.

Josie, who aspired to be a songwriter, and to perform her own tunes succeeded releasing her debut single 'Teenage Girl'. Which can be heard and purchased on her site, www.josieShow.com, Lenore, who aspired to be the voice for those who had lost, or maybe did not even know how to use their voice through her own magazine 'Teen Groove On The Move,' and to be a motivational speaker to those teens wanting to be the best the can be. Her magazine can be viewed on www.TeenGrooveOnTheMove.com

In this journey she touched many, and continues to make that positive change everywhere she goes lighting up not only the room but, the hearts of those teens whose heart had lost their light, and their way McKinney, says Lenore, is a natural her heart is beyond her years. Her compassion for humanity, and those less fortunate, and who are struggling in times that are very difficult is of a heart that knows, and feels the pain, and suffering of others. She is inspiration, and hope that our generations to come will be at least as compassionate as she is. McKinney, also said, she could see nothing but success in Lenore's, life because Lenore, gives so freely of herself to others.

Lenore, who is preparing to attend college in the fall will study broadcasting. Lenore, also stated she couldn't imagine Milliea, being anywhere but, walking beside her through out her life, and journey. “Milliea, is the type that knows just when to call, and when to render her guidance” says Lenore, a trait she has picked up on McKinney, while being mentored.

Josie, who also, agrees that McKinney, knows just when to pop up, and when to speak up in her mentoring and when guiding the teens to do what is best for themselves on an individual level. Part of McKinney's, mentoring is that you must identify with your true self, and your dreams before you can achieve them. Both girls also, agree that they enjoyed their journey with McKinney, and will be a seed of faith to those who aspire to be.

McKinney says, there are many doors opening for Lenore, and even a surprise or, two. As for Josie, she is working on the release of her full first album and will be busy in the recording studio, and preparing for the release of the album entitled 'Life And Love Are Tricky,' songs she has personally written the lyrics to with some help on the music which was written by McKinney.

Where do you see these to amazing teens five years from now? McKinney replied, doing what they love best achieving and sharing the knowledge, and love. Planting the seeds of hope for others. Knowing this we can without hesitation say, McKinney & Melfi, know music, mentoring, and education now it is up to us citizens in society who can make their seeds form into trees that will blossom beautiful children everywhere planting positive seeds for future generations.

Won't you be among the first to care and render that support by donating, mentoring, or merely visiting their sites or facebook and posting comments that encourage the need for change. Our children are confused and are looking for answers these wonderful people are trying to build that safe warm place of understanding... Want you open the door so these children can come in and receive what what intended for them in the first place innocence and education. Before our adult society got caught up in other pressing matters. It is never too late to change but it is a tragedy when we recognize the change and fail to make it!

Those willing to come forward to help build or, support this cause can reach out to them at www.consciousmusic.webs.com or www.muzartworld.org 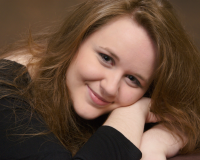 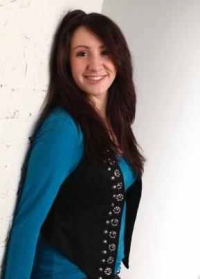