Nationally-broadcast talk radio host, podcaster and best-selling author deemed the "Homer of America” appears on the JOY of Living on VoiceAmerica’s Variety Channel

Phoenix, AZ -- (SBWIRE) -- 07/04/2019 -- VoiceAmerica, the leader in online media broadcasting and the largest producer and distributor of live internet talk radio, today announced the upcoming show "History Like You've Never Heard" interview with Ambassador of Joy Barry Shore and Michael Medved. The episode will play live on VoiceAmerica.com on Tuesday, July 2 and found at , and on VoiceAmerica at .

Barry Shore, the Ambassador of JOY, welcomes America's premiere storyteller, Michael Medved. You will be spellbound by the fascinating, entertaining, edge-of-your chair true stories about the people of America. Michael is deemed the "Homer of America" akin to the ancient Greek bard who still captures the hearts and minds of freedom loving people throughout the world. You'll be transported to another time and place with insights, eye opening ideas, and wonderful humor as Michael relates stories of events and people of America's Founding. And there's nobody better to "edu-tain" You about the greatness, uniqueness, and downright miraculous nature of the beginnings of "the greatest nation on God's green earth" (A direct quote from Michael coined for his hugely popular radio show).

About Michael Medved
Michael Medved is a nationally-broadcast talk radio host, podcaster and best-selling author deemed the "Homer of America."

For 18 years the audience for his daily show-- 5 Million listeners--placed him among the top ten talk shows in the United States. His daily podcast, "In the Light of History," is available with his radio show (commercial-free).

He is also the author of thirteen non-fiction books, including the national bestseller THE AMERICAN MIRACLE: DIVINE PROVIDENCE IN THE RISE OF THE REPUBLIC. He is a member of the Board of Contributors of USA TODAY, he appears frequently in the WSJ and Commentary.Medved was Chief Film Critic for the NY Post,and co-host of SNEAK PREVIEWS on PBS.Medved entered Yale at age 16. After completing his degree, with honors, in American history, he attended Yale Law School where his classmates included Bill and Hillary Clinton.

His commentaries on issues and reviews of new films are available in his free weekly newsletter and at MichaelMedved.com.

About Barry Shore
Barry Shore is the Ambassador of Joy. His Mission is to transform the world through JOY. He is also a successful serial entrepreneur with 2 exits and 3 issued patents.

In September 2004 he became a quadriplegic overnight from a rare disease. His journey to regain mobility pushed him to Go MAD (Make A Difference). He set out to build a platform to teach people to LIVE in JOY, daily, no matter the situation. To that end, www.BarryShore.com and The JOY of LIVING Institute™ were born.

Further, he attracted the talent to build systems that enable people to GIVE money to their favorite cause at little or no cost. The goal is giving one billion dollars by making every day giving effortless and meaningful.

He also Founded the KEEP SMILING Movement which has distributed more than One MILLION KEEP SMILING Cards for free. His radio show/podcast, The JOY of LIVING, is heard worldwide by hundreds of thousands. In the process of recovering from full paralysis he has become an avid swimmer and by swimming 2 miles per day 6 times per week has accumulated more than 7,223 miles over 12 years. Download his 11 Strategies for LIVING with JOY for free, at www.barryshore.com .

About VoiceAmerica
VoiceAmerica is the original digital broadcast company for the production and delivery of Live Internet Talk Radio programming and continues to be the industry leader in digital media, marketing, and distribution. We are the pioneers of digital radio programming and have been since 1999. We create and distribute over 500 unique and innovative radio programs for our millions of engaged listeners worldwide. Our network channels distribute live programs daily that reach a growing domestic and international audience who connect through all devices via our mobile, desktop, and tablet VoiceAmerica destinations. Learn more at . Download the VoiceAmerica App now to listen live on and follow us on and . Call us any time to find out how VoiceAmerica can help you reach your audience, 1-855-877-4666. 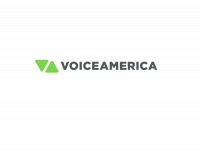 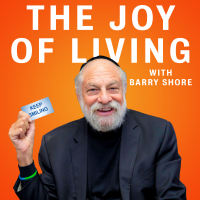 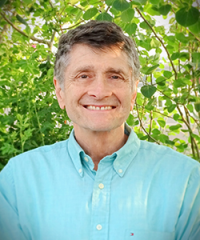