Tempe, AZ -- (SBWIRE) -- 08/07/2012 -- As businesses begin to fully maximize the capabilities of the Internet, DDoS Protection is quickly becoming a necessity. With the addition of DDoS protection services, website attacks can be detected, observed, and reduced before any systems are affected.

The experts at the Internet’s premier DDoS protection company, DDoS Defend, protect websites from Distributed Denial of Service attacks. They make the protection process easy without the installation of hardware or software, and route websites through cloud-based DDoS protection by the adjustment of a single DNS record.

Spam Eliminator, with protection backed by ProjectHoneyPot.net, blocks automatic comment posters, comment spam, and related spam nuisances. DDoSDefend is now partnering with ProjectHoneyPot in order to bring this service to its clients.

Finding the right DDoS protection service package for any website has been simplified by DDoS Defend’s new landing page design. The bold layout draws the customer’s attention to the company’s Silver, Gold, and Platinum Shield Protection Packages, where individual specifications are listed for comparison. Packages vary between $99 and $199, but all are equipped with the same state-of-the-art technology.

In addition to their new services, DDoS Defend is also excited for the launch of their new web portal later this August.

DDoS Defend is dedicated to the security and availability of their clients’ websites, and promise to go the extra mile to deliver optimization.

“After being with multiple DDoS protection providers and experiencing nothing but downtime and problems consistently, I almost gave up hope, but thankfully I found DDoS Defend. Since being with them, I have not once had any DDoS related downtime, and it's been nearly a year,” writes a former client, Ryan Anderson, in his review of the company.

About DDoS Defend
DDoS Defend is a team of enthusiasts dedicated to providing and expanding web-based protected solutions. Their primary goal is to provide customers, small and large, the highest level of service and support, backed by a combined 15 years of industry experience. DDoS Defend’s most robust product protects websites from network and application level Distributed Denial of Service (DDoS) attacks. Setup is simple: websites are routed through grid-based DDoS Defense by the adjustment of a single DNS record, effectively protecting reputation and brand while ensuring online accessibility. 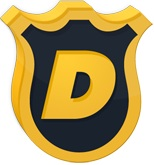