The case involved a married couple who disagreed over when their separation began. The court sided with the husband, saying the legal requirement for separation began when the wife moved out of the house.

"This is important for a number of reasons," said Los Angeles divorce attorney Maureen Stubbs. "Most important it means that a couple that wants to have an amicable divorce for whatever reasons, including economics, can't live under the same roof. The court's ruling upholds a state law that says couples must share income and acquired property until they separate."

Attorney Stubbs said this is particularly critical for couples who want to stay in the same home for the sake of their children. The court decision apparently left a window open for something of that nature.

Justice Goodwin Lui wrote, "The spouses must have a living arrangement that clearly and objectively signals a complete and final termination of the marital relationship. Neither the Legislature nor this court has foreclosed the possibility that such a living situation may occur within a single dwelling."

Attorney Stubbs said defining what that "living arrangement" is is a critical part of getting a divorce when couples continue to share economic resources. The ruling says one of the spouses must have definite proof that the marriage is over to claim a legal separation for dividing up property.

"The court intended to provide clarity on divorce, but it also opened up a lot more questions. I expect to see more cases try to refine this decision. I also hope the state legislature will update divorce laws to make this more clearly," she said.

For more information about divorce, divorce law to a free phone consultation, visit http://www.ladivorcemediator.com/ or call 310-278-9885. 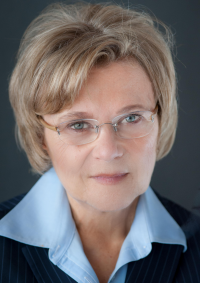