Luxury Watch Designers are Redefining What Time Looks Like

Los Angeles, CA -- (SBWIRE) -- 05/10/2016 -- Watches revolutionize the way humans act. They are more than measurements of the finite attached to a wristband. When we look more closely, we see our place in them or, more specifically, our place in time. Ultimately, it is this realization that allows for a greater appreciation of each moment that passes. A watch wraps one in the knowledge of the importance of how we spend time and – most of all – who we spend it with. Égard Watch Company designs each and every timepiece with this in mind – crafting watches that contain bold and unique elements which resonate in those who wear them and even allow us to form stronger bonds with those we give them to. Ultimately, they are built for individuals who see time as more than fleeting but rather as something to embrace to the fullest.

Like a father's hands guide us so too do the hands of time. This very notion of fatherhood is what Égard is built on. It was conceived of five years ago in what began as an attempt by founder Ilan Srulovicz to create a "tribute" timepiece for his father – something special that could forge a kind of invisible bond via something tangible. Before long, this eventually led to a deeper desire to share that same passion and idea with the rest of the world through allowing others to own a unique watch that was designed with emotion, ingenuity, and purpose. Unsurprisingly, Égard has begun to frame the conversation around watches in a totally new space. Those with a penchant for style, sophistication, and individuality cannot help but be drawn into the allure of Égard's work and the deeper meaning that lay behind it.

Not every watch company can say the founder and designer are one. This makes for formidable vision put into unbridled action. Perhaps no two sentences could better express the secret behind Égard's success which is inextricably linked with its founder's sincerity:

"Égard is built on the philosophy that timepieces are more than just instruments to tell the time but are art pieces that can be worn and passed up or down from family members or close friends", shared Ilan Srulovicz in a recent interview. "I am always striving to challenge myself and design outside the box and take risks which is something I believe makes the brand somewhat unique in today's market."

With a growing number of celebrity wearers, Égard is steadily penetrating the mainstream with style never before seen. Recent collaborations include William Shatner who the company sat down and designed and developed "Passages" with. Several other notable celebrity collaborations have already taken place and many more are currently in the works. 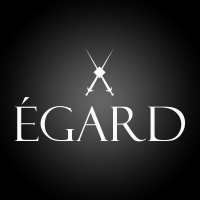 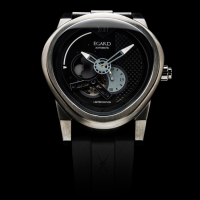