The troupe takes you on a journey uncovering Hawaii's history through traditional and contemporary Hawaiian music and hula. It inspires, educates and moves many to tears of joy, as well as remorse for some.

Kapaa, HI -- (SBWIRE) -- 05/29/2014 -- RECALLING HAWAI'I is a heartfelt hula theatre chronicle awakening the past, revealing the present and the future of Hawai'i through imagery, music and dance. ‘Living Treasure’- Roselle (Keli'ihonipua Lindsey) Bailey- directs the diverse cast of 50 performers of all ages, including dancers, chanters, musicians and actors. In a Hawaii Public Radio 'Conversation' with Chris Vandercook before the Hilo show last year, she spoke of the appropriate timing of this show's beginnings in Germany four years ago. She said, "it is time to face our history with joy and understanding...of our environment...go back to who we really are, with pride in our hearts".

Recalling Hawai'i began in 2010 by a special invitation to perform at Heidelberg Castle in Germany, followed by sold out shows in Basel, Switzerland and Augsburg, Germany that same year. From 2011 through 2013, the troupe proceeded to tour Kauai, Maui, Hawaii Island and Oahu.

This show is Roselle Bailey's personal interpretation of Hawai'i's history from the time of creation, or Kumulipo- through all the historical highlights that have made Hawai'i what it is today. It mixes traditional and contemporary Hawaiian music and hula. The show begins promptly at 7:00 pm. Arrive early to ensure that you see it from the time of Po and also hear Marin's Ukulele Friends Ohana play. 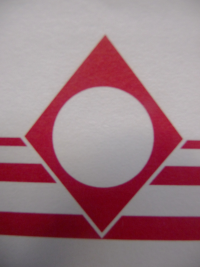