Las Vegas, NV -- (SBWIRE) -- 03/21/2014 -- San Diego, CA, native and solo artist Alicia Sassano, who goes by the stage name of Aleesha, hits just the right notes of carefree pop and driven dance music to deliver a performance that can fuel the movement of any crowd, from a packed nightclub to a 20,000-person venue with several million more watching live on television. Aleesha has international fame already in her back pocket, and she intends to spread her music and enliven the dance pop niche she has created for herself.

Since the young age of six, Aleesha has sought out a music career, asking her mother specifically for singing lessons at just that young age. Her progression through musical development was natural, and her passion invigorated her drive and dedication as she moved toward building a career that would earn her worldwide acclaim even early on. As she matured in both life and music, her appreciation of different types of music broadened, and she brings hints of those influences into each word she belts out for any and all to hear.

While she is most often compared to Lady Gaga and Christina Aguilera, Aleesha draws inspiration from many musical influences, including Alanis Morisette, Pearl Jam, Fiona Apple, Eminem, The Beatles, Lana del Rey and Ella Fitzgerald, to name a few.

Aleesha brings the lyrics penned by her producer Peter Roberts and Johnny Elkins to life with the emotions gained from both pain and pleasure in her life, usually derived from her own inner personal struggle or past failed relationships. She puts these in perspective and channels those feelings into her powerful vocal performances.

Aleesha has already earned herself several awards and featured appearances. She was one of the top four international performers featured at the 2011 Vina del Mar Festival in Chile, held at the Quinta Vergara Theatre. At this performance, she opened for such renowned artists as Sting, Pitbull, Yuri, Calle 13 and Alejandro Sanz.

She also won Chevron and Univision’s breakout artist of 2012 for that summer’s H2O festival concert. At that concert, she opened up for such artists as John Legend, Ozomatli, Pauline Rubio and Paty Cantu and even directly warmed the stage for hip hop sensation Snoop Dogg.

Aleesha’s next featured appearance will be along with a number of other international artists on WiFi PR Group’s compilation Indie Anthems Vol. 4 with her track “Love’s a Boomerang.” The digital mixtape will be handed out on 3,500 download cards to attendees of SXSW in March 2014, and another 1,500 download codes will be available via the Indie Anthems Bandcamp page.

You can buy and listen to her tracks “Love’s a Boomerang” and “Summerlove,” which comes in three versions: pop, reggaeton and dance/club, on iTunes, Amazon and her website. You can also watch videos of her songs and live performances, such as her official video for “Love’s a Boomerang” as well as her live performance of the track at Vina del Mar, on her YouTube page. 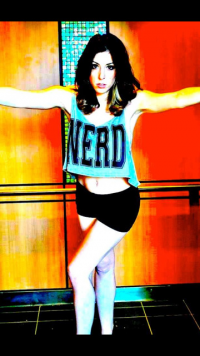