Is This the Future of Bicycle Road Safety?

All-in-one bike lights that, for the first time ever, would assure 360-degree visibility of the bicycle and the rider.

Lack of proper visibility is the major cause behind bicycle accidents. A team of engineers are set to change that for better with a product that incorporates ultra-compact lighting technologies and completely defies the conventional bike light design.

LUMMA is a 360° light system that is fully integrated in the bicycle's grips. Each of the two grips incorporate front LED lights, rear LED lights and laser lights. The main advantage of LUMMA is that is shows the true width of the bike, visually marking the space that the cyclist occupies.

The potentially groundbreaking idea challenges the concept of having just one-light in the center of the bike. Instead, it uses two lights, just like the cars have. It is for the first time when someone pays such a special attention on accurately defining the width of the bicycle and not just showing its position.

Not one, not two, but three different lights at each end of the handlebar. The white and red lights are visible from a good distance even in the city traffic, whilst lasers on each side project a bike lane that is visible for drivers driving close to you. The high intensity LEDs can be set to 100% or 70% power for nighttime use or stroboscopic mode for daytime use.

With all six lights, LUMMA creates a light contour visible from any angle. The patented technology is called Outlight™ and it might well be the future of bicycle road safety. Thanks to its ultra-compact design, LUMMA does not interfere with the looks of the bike. It stays almost invisible on the handlebar and looks similar to usual bar end plugs. A solid lock-on connection makes them impossible to remove without the use of special tools.

The shockproof body is CNC milled from a single block of aircraft grade alloy. Comes with premium surface treatment that assures an elegant look: mate black or silver brushed. Built-in Lithium batteries are used to power the lights and are rechargeable through a regular micro-USB port.

Thanks to a minimalist approach, LUMMA is not only one of the most compact bike lights ever created, but also one of lightest, weighing just 90 grams per grip - batteries included. 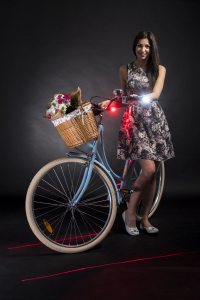 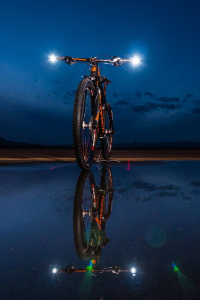 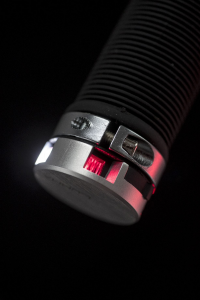 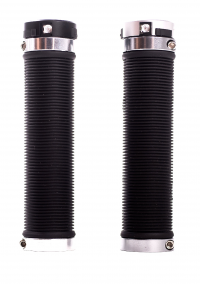 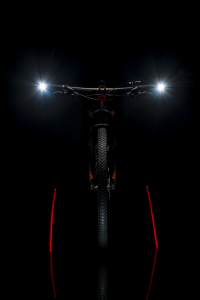