Celebrity Psychic Jesse Bravo has just finished an episode of Super Into on Tru TV with Emmy Award winning Aaron Paul, inspiring him to make his Oscar predictions for 2016.

Manhattan, NY -- (SBWIRE) -- 01/19/2016 -- Mediumship may seem like an exotic practice in modern society, but it has been a cornerstone of human civilisation since the earliest tribes first gathered, and those with the gift of clairvoyance still find themselves popular in a time of technological marvels, because they address the spiritual side of life that is more true to our nature than the products around us. NYC Celebrity Psychic Jesse Bravo is known for his high profile clients, with appearances in major newspapers, magazines and on cable shows. After filming an episode of Super Into with Aaron Paul, Jesse was inspired to give his Oscar predictions for 2016.

On Super Into, Aaron and Jesse discussed the fact that Aaron was super into ghosts, in a show that discusses stars' private passions. Jesse was brought onto the show as a medium to try and make contact with the other side, participating in a séance with Paul.

A spokesperson for Jesse Bravo explained, "Jesse Bravo had a great time shooting on Super Into with Aaron Paul, who really understands the nature of mediumship and appreciates that there is more to the world than we can measure. The two got on like a house on fire. Now, with the Oscars looming, Jesse has turned his attentions to the fate of several of Hollywood's brightest stars, to see if they will achieve the crowning glory in their industry this year. The list makes for interesting reading, with some choices some may think are surprising- only the results night will reveal the truth."

About Jesse Bravo
Jesse Bravo is the Premier Celebrity Psychic in NYC who has been featured on MTV, in the New York Times, Wall Street Journal, ABC News, Associated Press, and magazines around the world. Jesse Bravo will help private clients with solutions to their problems using his abilities of clairvoyance, mediumship and intuition. 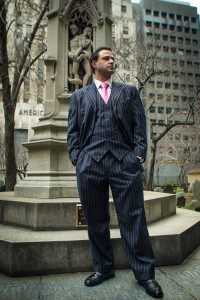