Country music stars have joined forces to support Joey’s Song in an effort to raise money and awareness for epilepsy research. Joey’s Song: Country is the 5th CD in a series featuring rare and previously unreleased music from award winning artists.

Nashville, TN -- (SBWIRE) -- 06/26/2014 -- Leading off the CD is a new song written and recorded by Montgomery Gentry, exclusively for Joey’s Song. Their song, “Summer Is Here” is a fun upbeat song celebrating the arrival of summer. Co-written by Troy Gentry and Eddie Kilgallon, this song will provide an exciting addition to any Montgomery Gentry fan’s music library. The CD also includes tracks from country music favorites Aaron Tippin, Blackhawk and Kevin Sharp along with new music from up and coming artists Bryan Edwards, Maddy Rodriguez, Corey Cox and others. All told, the artists on Joey’s Song: Country represent over 25 #1 hits and over 75 charted singles.

CDs and individual tracks may be purchased directly at Joey's Song www.joeyssong.org/joeys-song-country/ or via iTunes.

About Joey’s Song
Mission
Raise money and awareness for epilepsy research and program services for children with special needs.

The Music
- There are 5 CDs in the Joey's Song series, including 2 CDs just for children
- Over 80 nationally known, award winning artists have donated their music to Joey's Song
- The Joey's Song artists are Grammy winners, Hall of Fame members, and ACM/CMA/AMA/Juno winners to name just a few of the awards they have won
- The artists on Joey's Song are responsible for over 50 #1 hits and well over 100 #40 songs

Financial
- Joey's Song is a 100% volunteer organization
- We have donated nearly $100,000 to various charities since 2011
- Over 90% of all the funds we have raised have gone directly to other charities who support epilepsy research and programs for children with special needs

Epilepsy is the name given to an imbalance of the nervous system that causes two or more seizures or fits. Seizures can range from very mild, affecting people’s vision or attention for a few seconds, to major seizures with muscle spasms and lack of consciousness for a time. Epilepsy can start at any age, but usually either during childhood or in old age. 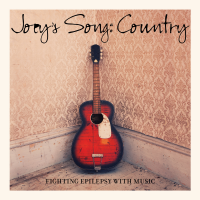 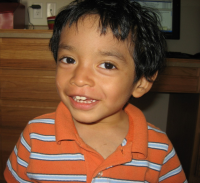