Living the Right Lifestyle: Imposing Self-Discipline and Awareness on the Dangers of Mouth Cancer

Mouth cancer could be fully prevented if people would live their lives in a healthy way. It is never too late to live life to the fullest, if only people would be responsible enough and impose full self-discipline.

Forest Hills, NY -- (SBWIRE) -- 11/27/2014 -- With billions of dollars spent on cancer research over the last decades, no wonder the nation has to make its greatest stand to fight for the life that mouth cancer diseases are harvesting each year. The National Cancer Institute revealed recently that 42,440 new cases and 8,390 deaths from mouth cancer were identified to be silently sweeping the nation’s population for this year.

According to the National Program of Cancer Registries of the Centers for Disease Control, one of every four deaths is due to cancer – averaging to 25% of reported deaths. It is expected that the number of cancer victims will further increase for the next few years if citizens continue to live the sort of lifestyle that destroyed millions around the world.

Gordon Mullen, a 44 year-old from Bellingham, is a mouth cancer survivor who has underwent surgery to remove part of his tongue after he was diagnosed in 2008. “It was brutal, really horrible,” said Gordon as he recollects how the doctors remove a one centimeter section on the right side of his tongue and had a surgery on his neck so doctors could see if his lymph nodes had been affected. He was neither able to eat nor speak due to the side effects he was experiencing then. His whole mouth was covered with blisters and he ended up being fed with tubes in his nose. Since his tongue does not work the way it used to, he has to learn how to eat and speak again.

Researches have shown that drinking beyond the recommended limit – two to three units for women and three to four as to men – are 2.5 times cancers are more likely to develop on the mouth or throat. That is why many specialists extremely urge a lot of people to think about reducing their intake of alcohol.

Dentist in Queens have correlated that the development of mouth cancer in a person has something to do with the way of life that many people of today are inclined to. Latest reports say that 91% of all diagnoses are linked to inappropriate lifestyle practices even though mouth cancer could affect anybody regardless of age and gender.

Risk factors that were identified as the root cause of mouth cancer are the use of tobacco, excess drinking of alcohol, Human Papillomavirus (HPV) which is attributed for not practicing safe sex; poor diet, chewing of smokeless tobacco, and the second-hand or environmental tobacco smoke, which is highly condemned by numerous advocates of cancer.

The biggest risk factor that could double the chances of having mouth cancer is smoking. Thousands of chemicals are contained in a single cigarette and as the victim puffs the cigarette, the saliva is transformed into a deadly cocktail that damages the cells in the mouth, hence, turn them into carcinogens. Studies also show that even people who have never smoked but were exposed to tobacco smoke at home or work would likely develop mouth cancer.

Chewing tobacco imposes a great threat to have mouth cancer for it contains twice as much nicotine than a regular cigarette. It causes heart problems by tightening of the blood vessels and raising blood pressure.

Poor diet can increase the risk of having mouth cancer for the reason that the victim does not have sturdy nutrients in the body (which can be attained from eating fruits, vegetables, vitamin C supplements, calcium supplements, caffeinated coffee and green tea) to fight back the cancer virus invading the body.

Signs of mouth cancer can be spotted by dentist long before a person could discover having it. Regular checkups are highly advised to many people who have drinking and smoking habits – which is why it is absolutely crucial not to skip dental appointments.

Mouth cancer could be fully prevented if people would live their lives in a healthy way. Avoiding the known risk factors and educating one’s self could save each and every person from the impending dangers that mouth cancer could bring to one’s life. It is never too late to live life to the fullest, if only people would be responsible enough and impose full self-discipline. 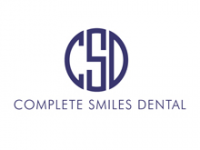 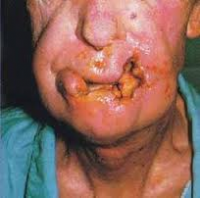 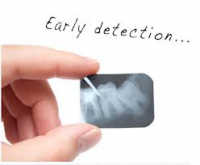