Ithaca, NY -- (SBWIRE) -- 03/06/2014 -- Massage therapy, by technical terms is the scientific manipulation of the soft tissues of the body for the purpose of normalizing those tissues and consists of manual techniques that include applying fixed or movable pressure, holding or causing movement of or to the body. Massage is known for promoting blood circulation, reduce flaccidity or muscular tension, enhance tissue healing and stimulation of the nervous system.

Earliest form of massage was dated back from 2330 BC at the Tomb of Arkmanthor, Egypt. A wall painting depicts to men performing feet and hand massage. It was widely seen across ancient civilizations including China, India, Japan, Korea, Egypt, Rome, Greece, and Mesopotamia.

Its earliest recorded text was in Huangdi Neijing, a Chinese compilation of medical knowledge and foundation of Traditional Chinese medicine, found in 722-481 BC. Since then, massage therapy took many forms, techniques and disciplines across Asia and the west.

Western adaption of Massage is said to be within the framework of Chinese traditional massage. Massage concept became popular in the United States in the mid-19th Century and was said to be introduced by two Physicians in New York. The Techniques were based on Per Henrik Ling of Sweden. Between 1930s-1940s, massage concept declined due to rising medical advancements that time. It bounced back to the mainstream two decades after becoming popular stress reliever for athletes.

The massage therapy industry is continuously increasing, with a projected 19% increase between 2008 and 2009. According to recent survey in 2009, U.S. consumers spend between $4 and $6 billion on visits to massage therapists.

A recent study conducted by NCBI showed Massage therapy promotes mental and physical health in typically developing infants under the age of six months. The study was directed to assess the anecdotal claims of infant massage for benefits of better sleep, respiration, elimination and the reduction of colic and wind. It is also thought to reduce infant stress and promote positive parent-infant interaction. The study was done in babies under the age of six months randomized to an infant massage or a no-treatment control group, while utilizing a standardized outcome measuring infant mental or physical development. Result showed evidence suggestive of improved mother-infant interaction, sleep and relaxation, reduced crying and a beneficial impact on a number of hormones controlling stress.

Most massage therapy techniques were designed to target specific areas and promote natural healing. However there are distinctive benefits massage provides regardless of technique and discipline. These benefits include deeper breathing, posture improvement, promote joint flexibility, enhanced skin tone and health and last but not the least, one’s peace of mind.

About Finger Lakes School of Massage
FLSM offers a unique opportunity for massage therapy training in Ithaca and Mount Kisco, NY. Its mission is to prepare students for a career in Therapeutic Massage and Hydrotherapy with the capacity to provide leadership and vision in the profession by providing excellence in education in an atmosphere of joy, curiosity, respect and discovery, honoring scientific and intuitive approaches to the art of massage and motivating students to acquire and enhance skills to realize their full potential, thus developing capable graduates to meet the demands of the professional massage community. 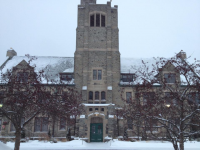 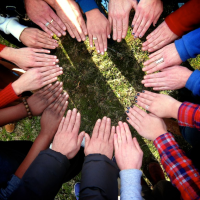 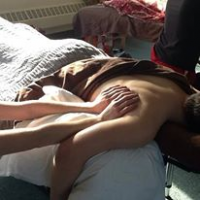