Provincetown, MA -- (SBWIRE) -- 08/26/2013 -- Megan Mullally is a two-time Emmy-winning star of TV’s Will & Grace, and recent star of Broadway’s Young Frankenstein. On August 28 & 29 she returns to Provincetown by popular demand - for three shows only - after her sold-out Art House debut last summer. Patti LuPone won her second Tony Award for Best Actress in a Musical, as well Drama Desk and Outer Critics Circle Awards, for her performance as Rose in the most recent Broadway production of Gypsy, and created the title role in Evita on Broadway with her now legendary performance, for which she won her first Tony and Drama Desk Awards. On August 31 and September 1 she makes a triumphant Provincetown return for 4 shows only, after debuting at The Art House last summer. Chita Rivera is a living Broadway legend and a two-time Tony winner as Aurora in Kiss of the Spider Woman and Anna in The Rink. She originated the Broadway roles of Anita in West Side Story, Rosie in Bye Bye Birdie, Velma in Chicago, and appeared in the original casts of Guys and Dolls, Can Can, Seventh Heaven, Mr. Wonderful, Jerry’s Girls, and many others. She makes her Provincetown debut on Sept. 7 & 8 with two shows only. Series host and SiriusXM radio star Seth Rudetsky joins each of the three leading ladies at the piano. For tickets please visit www.ptownarthouse.com, or call 1-800-838-3006.

Megan Mullally is best known for playing the iconic role of Karen Walker on the groundbreaking hit TV series Will & Grace for which she won two Emmy Awards, from a total of seven consecutive nominations between 2000 and 2006. She is also a three-time winner of the Screen Actors Guild Award for Outstanding Performance by a Female Actor in a Comedy Series, a winner with her cast-mates of the Screen Actors Guild Award for Outstanding Performance by an Ensemble in a Comedy Series, is one of only two actresses to win a SAG Award three years in a row, and was nominated four years in a row for the Golden Globe Award for Best Supporting Actress. She made her Broadway debut as Marty in the 1994 revival of Grease with Rosie O'Donnell and subsequently appeared as Rosemary in the hit 1995 revival of How to Succeed in Business Without Really Trying opposite Matthew Broderick. In 2007, Mullally starred as Elizabeth in Mel Brooks' original Broadway musical, Young Frankenstein. She can be heard on the cast albums of all three productions.

Also appearing as a special guest each night will be actress Stephanie Hunt - who is Mullally's partner in crime in the band Nancy & Beth. Hunt has starred on TV’s Friday Night Lights, Californication, and How To Live With Your Parents (For The Rest Of Your Life). She recently appeared with Mullally and Seth Rudetsky on their sold-out Australian tour this past February for Mardi Gras in Sydney and Melbourne.

In addition to her breakout role on Will & Grace, Megan Mullally made her television debut in 1986 in The Ellen Burstyn Show. Since that time she has appeared on Seinfeld, Frasier, Wings, Ned and Stacey, Mad About You, Caroline in the City, Just Shoot Me!, and Murder, She Wrote. Following Will & Grace, she hosted her own talk show titled The Megan Mullally Show, and has hosted Saturday Night Live, the TV Land Awards, and guest-hosted The Late Show with David Letterman. Most recently she’s been seen on 30 Rock, Kathy Griffin: My Life on The D-List, Campus Ladies, Parks and Recreation, the Starz series Party Down, Adult Swim’s Children’s Hospital, ABC’s Happy Endings, and Fox TV’s Breaking In. Her film work includes Anywhere But Here with Susan Sarandon and Natalie Portman, About Last Night with Demi Moore and Rob Lowe, Speaking of Sex with James Spader, Stealing Harvard with Tom Green and Jason Lee, and the 2009 remake of Fame. Watch Seth Rudetsky’s video sneak preview of Megan’s show from SethTV!

Patti LuPone was recently cast in the third season of Ryan Murphy's hit television show American Horror Story to star alongside Academy Award winners Jessica Lange and Kathy Bates. Her extensive Broadway career also includes her recent appearance opposite her Evita co-star Mandy Patinkin in An Evening with Patti LuPone and Mandy Patinkin, and just prior to that created the role of Lucia in the new musical Women on the Verge of a Nervous Breakdown, for which she was nominated for Tony, Drama Desk and Outer Critics Circle Awards. She has also been seen on Broadway in John Doyle’s production of Sweeney Todd (Tony, Drama Desk, Outer Critics Circle nominations; Drama League Award for Outstanding Contribution to Musical Theatre), Michael Frayn’s Noises Off, David Mamet’s The Old Neighborhood, Terrence McNally’s Master Class, and her own concert Patti LuPone on Broadway. On London’s West End, she won Olivier Awards for her performances as Fantine in the original production of Les Miserables and in the Acting Company production of The Cradle Will Rock, and also created the role of Norma Desmond in Sunset Boulevard and recreated her Broadway performance as Maria Callas in Master Class there. Since her Provincetown debut last summer, she and Seth Rudetsky have also launched the new Broadway @ NOCCA series in New Orleans, and this past June appeared together on London’s West End to rave reviews for their seven show run at the Leicester Square Theatre.

Last season she made her debut with the New York City Ballet as guest soloist in The Seven Deadly Sins and starred as Joanne in the New York Philharmonic’s production of Company. Other stage credits include her debut with the Los Angeles Opera in Weill-Brecht’s Mahagonny, the world premiere of Jake Heggie’s opera To Hell and Back with San Francisco’s Baroque Philharmonic Opera, the title role in Regina, a musical version of Lillian Hellman’s The Little Foxes at the Kennedy Center, Fosca in a concert version of Passion, also broadcast on PBS’ Live From Lincoln Center, a multi-city tour of her theatrical concert Matters of the Heart, City Center Encores! Production of Can-Can, NY Philharmonic’s productions of Candide and Sweeny Todd, and three solo concerts at Carnegie Hall. She has also appeared each season at Ravinia Festival’s Sondheim series, starring in Sweeney Todd, A Little Night Music, Passion, Anyone Can Whistle, Gypsy, and Sunday in the Park with George.

Chita Rivera, an accomplished and versatile actress/singer/dancer, has won two Tony Awards as Best Leading Actress in a Musical and received seven additional Tony nominations. She just concluded a successful run starring in the new Roundabout Theatre Company's production of The Mystery of Edwin Drood on Broadway. She starred in the Broadway and touring productions of The Dancer's Life, a dazzling new musical celebrating her spectacular career, written by Terrence McNally and directed by Graciela Daniele.

She recreated her starring role in The Visit, the new Kander/Ebb/McNally musical, at the Signature Theatre in Arlington, VA (originally done at the Goodman Theatre, Chicago in 2001). She also starred in the revival of the Broadway musical Nine with Antonio Banderas. She trained as a ballerina (from age 11) before receiving a scholarship to the American School of Ballet from legendary George Balanchine. Chita's first appearance, at age 17, was as a principal dancer in Call Me Madam.

On tour, Chita has been seen in: Born Yesterday, The Rose Tattoo, Call Me Madam, Threepenny Opera, Sweet Charity, Kiss Me Kate, Zorba, and Can-Can with The Rockettes. Chita was awarded The Presidential Medal of Freedom by President Barack Obama on August 12, 2009. She received the coveted Kennedy Center Honor in Washington, DC in December, 2002 and is the first Hispanic ever chosen to receive this award. Chita's current solo CD is entitled And Now I Swing. On October 7, 2013 she will be honored with a star-studded concert on Broadway Chita: A Legendary Celebration to Benefit Broadway Cares/Equity Fights AIDS at a theatre to be announced. Her most treasured production is her daughter, singer / dancer / choreographer Lisa Mordente.

Seth Rudetsky is the afternoon Broadway host on Sirius XM satellite radio. As a musician, he has played piano for over a dozen Broadway shows including Ragtime, Les Miserables, and Phantom of the Opera. He was also the Artistic Producer and Music Director for the first five annual Actors Fund Fall Concerts, which included Dreamgirls with Audra McDonald (recorded on Nonesuch Records) and Hair with Jennifer Hudson (recorded on Ghostlight Records, Grammy nomination). As a comic he was awarded “Funniest Gay Male in NY” at Stand-Up NY and is a three-time Emmy nominee as a writer for The Rosie O’Donnell Show. As an actor, he made his Broadway debut in The Ritz directed by Joe Mantello, and has appeared on television on Law and Order C.I. and All My Children. As an author, he wrote the books The Q Guide to Broadway, Broadway Nights, and just released his new novel My Awesome/Awful Popularity Plan on Random House, and as an audio book on audible.com featuring Modern Family’s Jesse Tyler Ferguson, SNL’s Ana Gasteyer, Smash’s Megan Hilty among others, and writes a weekly column on Playbill.com. This year he added "television mogul" to that long when he launched Seth TV, his new, web-based entertainment network.

An Evening with Chita Rivera
featuring Seth Rudetsky at the piano
September 7 at 8:30 PM
September 8 at 7:00 PM 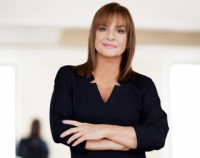 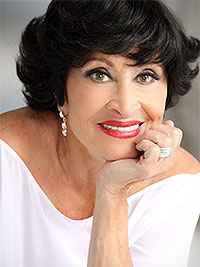