Latonia, KY -- (SBWIRE) -- 04/23/2012 -- When asked what attracted him to MuzArt, R&B artist Pauli Carman replied, “What attracted me to the Muzart foundation most, was the fact that there are really people willing to stand up and fight for the rights of those who can’t (The Children). The Children of today are our future and they have the right to the best education and the right to succeed in all areas that they choose, including and especially music and the arts. Music for me is my passion and has been a way of expression, communication, and a feeling of self worth and success in my life since I was a child”.

The President of the MuzArt World Foundation, Pat Melfi couldn’t be more pleased with the commitment made to the 501(c) (3) public charity by Pauli Carman and Champaign. Melfi said, in a recent phone conversation, “Myself and the other key players in MuzArt feel blessed that someone with Pauli’s talent, and international name recognition has committed both time, and talent to further the cause of preserving music and creative arts programs in our schools grades K – 9.”

Pauli, reuniting with the multi-platinum group will be represented by talent agent Milliea Taylor McKinney, of Conscious Music Entertainment. When we asked Ms McKinney, what her thoughts were concerning the group she stated she was speechless saying “a group with talents, and a heart such as this does not exist today giving of themselves especially coming back to support such a worthy cause is truly unheard of today. The talent, and love for music is what is needed to bring awareness to those who can help in the preservation of the finer arts such a s music. Having an icon such as Pauli, be the first can only demonstrate how important this cause is says McKinney, concluding her comments by inviting other celebrities, and artist to get involved saying their contributions could earn them a scholarship to be named after them that they will give to those schools who qualify for that grant”. Those interested should contact her through Conscious Music Entertainment.

It probably would come as quite a surprise to Champaign’s fans around the globe that Pauli Carman, I decided when the group stopped touring in 1985 to take a break to teach 5th graders.

The combination of music education for children and the need for funding to save the programs in the schools was like a magnet, drawing Pauli, into the vision and purpose of MuzArt. “What I hope most for the association with the Muzart Foundation is to be able to be with the fighting team for a wonderful cause and to see it come to fruition, and that music education stays in all Public Schools”, stated Pauli.

Those humanitarian artist whose heart cares to give their time to preserve the legacy of music and art education are encouraged to reach out to Muzart World Foundation, or Conscious Music Entertainment. Together we can continue music for the next generation while keeping instruments playing a tune all humanity can sing, and dance to.

Pat Melfi, President of the MuzArt World Foundation has put into motion a plan to fully utilize the talents of Pauli Carman and Champaign by aligning the group’s talent and unmistakable sound to the foundations Platinum Music Libraries, which contains master recordings of songs covering six decades. Artists such a Pauli and Champaign along with other well known singers and musicians will help bring the hits of yesteryear to life once more along with the standards that are a mainstay with the people of my generation”, said Melfi.

Profits from the sales, downloads, artistic and commercial use of the songs from the Platinum Music Libraries both in their original form and with the updated versions which will feature the artists of the 80’s, 90’s and today, will help build and maintain music and creative arts education for children in the Public Schools.

“I extend an invitation to all parents, grandparents, and concerned citizens to help save the music and creative arts programs in our elementary and junior high schools. Go to our website muzartworld.org read our four part mission, find out what’s coming up and how you can get involved”, stated Melfi. 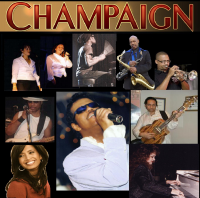