Smart Crowdfunding is slated to carry out strategic marketing initiatives for the ‘New Horizons Entertainment’ project on Becovillage. The campaign endeavors to raise $25,000,000 for a participative audio/visual venture.

In order to make this project a reality, New Horizons Entertainment has launched an equity crowdfunding campaign on Becovillage. This campaign seeks to raise $25,000,000 in total with a two-part funding program. The initial goal of $5,000,000 will be used for production of the first two participative films. Fund-raising will continue until the full $25,000,000 has been raised. These funds will be allocated for: film development, marketing and sales, film production and company operations. There are two investment options: straight equity and convertible debt with a projected upside 3 year return at 17x and 9.5x respectively. More information about this crowdfunding venture can be found on their Becovillage campaign page.

About New Horizons Entertainment
An industry changing, internet based, and member participation driven audio/ visual entertainment company. Free website where members choose the script, director, and cast for each full-length and short film, and webisode produced. Members also purchase completed production downloads, DVDs, and streaming. The members are the audience. 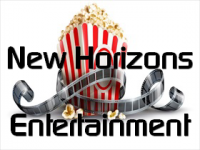 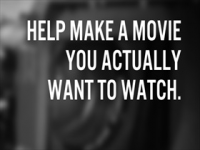 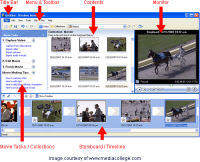