Los Angeles, CA -- (SBWIRE) -- 12/15/2015 -- Rizi Timane, a recording artist, author, actor, and life coach to the transgender community, has just released three new trans-affirmative singles: "Yeah! It Feels Good to Finally Be Me," "Let's Make Love," and "I'm Beautiful," all of which are available for download from iTunes and at www.rizitimane.com.

The video for "I'm Beautiful," a high-energy dance/EDM inspirational song with hints of hip-hop and pop instrumentals, has already garnered well over 10,000 views on YouTube and is getting rave reviews for its stunning diversity: The video features Timane, who is a trans man, as well as a whole cast of individuals who are diverse not only ethnically but physically as well. And whether it's a person with a head full of dreads, a plus-size woman, a scarred burn victim, a cross dresser, little people, or an individual with Down syndrome, each is unique and beautiful in his or her own way.

"Beauty is not in the eye of the beholder, as the old saying goes," says Timane. "Rather it's something that comes from inside you. And through my music I just want to let people know that it's okay to let that beauty out, to express your authentic self and have the confidence to live how you want to live. There's nothing more beautiful than being you."

Timane, who is also the founder of The Happy Transgender Center, has long been known for his outreach into the LGBT community, including the establishment of a trans surgery fund for individuals who have no insurance or otherwise cannot afford gender reassignment surgery. A portion of the proceeds from Timane's new singles as well as from his four previous albums and his memoir—An Unspoken Compromise, an Amazon best seller in 2015—will go toward this fund.

"I strive to write lyrics that uplift the mood and encourage people to persevere through the tough times in life," says Timane. "And with my new singles and video, I hope to spread the message that despite the many differences that separate us as far as race, gender, sexuality, and physicality, we don't have to fall into the trap of negativity and hatred. In fact it's those differences that make us each unique—and beautiful in our own way."

What's next for Rizi Timane? Watch for the video for "Yeah! It Feels Good to Finally Be Me" in January 2016, which will feature an all-transgender cast. Rizi will also be touring the US and Europe in the coming year to perform his trans-affirmative singles and is available for bookings.

About Rizi Timane
Rizi Xavier Timane is a transgender minister, an author, a recording artist, and an outspoken advocate for the LGBT community. He has performed many of his positive LGBT inclusive inspirational music at venues all across the USA and internationally. In his memoir, An Unspoken Compromise, he shares his journey to self-acceptance as a trans man of faith; he also writes for the Southern Poverty Law Center's Teaching Tolerance blog, is a sought-after public speaker on the intersection of religion and LGBT civil rights, and holds a master's in social work and a PhD in Christian counseling. 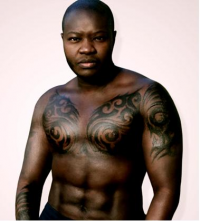