Laguna Niguel, CA -- (SBWIRE) -- 02/09/2015 -- SIGG Nutrition has launched their new line of Paleo Protein and Energy bars called S&G Energy & Paleo bars. The bars are available in two flavors, Coco Coconut and Cashew Cherry Paleo. The Coco Coconut is a delicious energy bar with lots of protein. The Cashew Cherry bar is the one compliant with the basic standards of what has become known as a Paleo Diet.

A Paleo Diet is a term which refers to a type of diet which tries to reconstruct the way humans ate in the earliest of human civilization. While many different kinds of arguments have been made for and against the Paleo Diet and its benefits, the popularity of the concept of eating today as we did way-back-when has made the Paleo Diet one of today's biggest trends.

The "Paleo Diet" has been the Internet's most searched diet term since 2013. The buzz around the Paleo Diet has brought many interesting products into the marketplace. The market for energy bars has seen a number of very interesting kinds of bars enter the niche. Some Paleo energy bars are made out of ground up crickets.

If you don't want to eat crickets, S&G Paleo bars are made out of natural seed, egg protein, organic flaxseeds, and Omega-3 Infusion. SIGG Nutrition takes a more conventional approach to creating their S&G line of energy bars. Their ingredients are sourced in the US whenever possible and include blueberries, organic cranberries, clover honey, and gluten free oats that are combined to provide great nutrition and a surprisingly good taste as well. Their bars can be considered vegetarian friendly too, though not strictly vegan as they do contain egg whites.

Hiawatha Pierce, co-founder of SIGG Nutrition says of his company's S&G line of energy bars, "For a long, long, time, there have not been many Paleo bars on the market. Now that the Paleo diet has become a whole way of life, there is a huge market for Paleo bars that are formulated based on the Paleo diet. Our focus as a company has been to create a Paleo Bar and Energy Bar that would not only be formulated the right way, but also taste great. When I eat one of the S&G Energy Bars I know we've achieved our goals."

About SIGG Nutrition
SIGG Nutrition manufactures the S&G line of energy bars. Their paleo bars are designed to be compliant with the standard of what is known as The Paleo Diet. Their energy bars are available exclusively on Amazon.com. 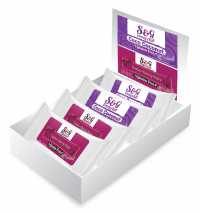 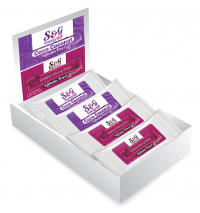