Phoenix, AZ -- (SBWIRE) -- 06/01/2020 -- Pegasun, a company specializing in computer optimization software, announced today that they are releasing Windows 10 Optimizer, a software designed to maximize the performance of all PCs and laptops running Windows 10. This software is included within its System Utilities bundle. Windows 10 Optimizer scans for all possible optimizations in 8 different categories and 126 settings with just one click of a button. Upon optimization, users all over the world reported a much faster-performing PC, longer battery life, less clutter, and improved privacy protection.

When asked about the reason for this software release, Paul G. Mace, Pegasun spokesman states "Now it's more crucial than ever before that our PCs or Laptops perform as well as possible. We live in times where we use it for pretty much everything. Online entertainment, social media, games, heck, a lot of us even do our job at home on our personal PCs. This takes a huge toll on our PC and slows it down. This is why we must make sure that our PCs are running as smoothly as possible. This is the exact reason we're releasing Windows 10 optimizer."

Some of the appealing features of Windows 10 Optimizer includes:
- Automatically scans 8 different categories and optimizes over 126 settings
- Get rid of all Windows 10 Bloatware
- Disable data collection and enhance privacy protection
- Significantly optimize the performance of Windows 10
- Turn off unneeded features with one click of a button

About Pegasun
Pegasun is an internet software company based in Phoenix, AZ. Founded in 2017, Pegasun has designed, developed, and distributed their computer optimization software to over a million customers globally. In recognition of their software, Pegasun System Utilities has many positive media and user reviews throughout the internet. 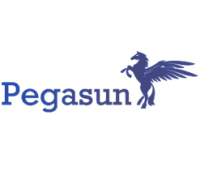