Haifa, Israel -- (SBWIRE) -- 04/23/2014 -- Pluristem Therapeutics, Inc., a leading developer of placenta-based cell therapies, announced today that Company executives are actively participating in a series of meetings in Washington D.C. regarding proposed legislation that may impact the future of cell therapy and regenerative medicine in the U.S.

"These initiatives are a very important effort by Pluristem, in collaboration with other industry thought leaders, to help bring about a legislative, funding, and reimbursement environment that can accelerate the commercialization of breakthrough cell therapies which have the potential to transform the lives of patients in need," stated Pluristem CEO, Zami Aberman.

Alliance for Regenerative Medicine (ARM) Legislative Fly-In on April 29, 2014- Dr. William Prather, Senior Vice President Corporate Development, and Dr. Karine Kleinhaus, Divisional Vice President North America, will join fellow ARM members including patient advocacy organizations, research institutions and other regenerative medicine-focused companies at the organization's annual Legislative Fly-In. This event is dedicated to meeting with key members of Congress and Administration officials to describe the immense near-term potential of regenerative medicine and the need for legislation and policies that support the development of life saving therapies. ARM supports an important bipartisan bill, the Regenerative Medicine Promotion Act of 2014, which has been introduced in the Senate and calls for a U.S. national strategy to support regenerative medicine. Dr. Prather currently serves on ARM's Committee for Government Relations & Policy, Committee for Reimbursement, and the Sub-committee for Centers for Medicare & Medicaid Services Reimbursement. Dr. Kleinhaus serves on ARM's Committee for Capital Formation.

Michael Werner, Executive Director of ARM, stated, "Regenerative medicine represents the single most promising new approach to mitigating the human and economic costs of disease, and changing the course of human health. Pluristem, which pioneered promising cell therapies for a number of indications, has played a vital role in advocating for regenerative medicine within the biotech community and we are pleased that they are actively involved with ARM to move the entire industry forward. To date, ARM has worked with the White House, the U.S. Food & Drug Administration, National Institutes of Health, National Institute of Standards & Technology and members of Congress to further define and promote adoption of a national strategy for regenerative medicine."

About Pluristem Therapeutics
Pluristem Therapeutics Inc. is a leading developer of placenta-based cell therapies. The Company's patented PLX (PLacental eXpanded) cells are a drug delivery platform that releases a cocktail of therapeutic proteins in response to a host of local and systemic inflammatory and ischemic diseases. PLX cells are grown using the company's proprietary 3D micro-environmental technology and are an "off-the-shelf" product that requires no tissue matching prior to administration. Pluristem has a strong intellectual property position, company-owned GMP certified manufacturing and research facilities, strategic relationships with major research institutions and a seasoned management team. For more information visit http://www.pluristem.com, the content of which is not part of this press release.

Safe Harbor Statement This press release contains forward-looking statements within the meaning of the "safe harbor" provisions of the Private Securities Litigation Reform Act of 1995 and federal securities laws. For example, we are using forward-looking statements, when we discuss proposed legislation that may accelerate bringing cell therapies to the market, its adoption, if adopted at all and affect on the Company. These forward-looking statements and their implications are based on the current expectations of the management of Pluristem only, and are subject to a number of factors and uncertainties that could cause actual results to differ materially from those described in the forward-looking statements. The following factors, among others, could cause actual results to differ materially from those described in the forward-looking statements: changes in technology and market requirements; we may encounter delays or obstacles in launching and/or successfully completing our clinical trials; our products may not be approved by regulatory agencies, our technology may not be validated as we progress further and our methods may not be accepted by the scientific community; we may be unable to retain or attract key employees whose knowledge is essential to the development of our products; unforeseen scientific difficulties may develop with our process; our products may wind up being more expensive than we anticipate; results in the laboratory may not translate to equally good results in real surgical settings; results of preclinical studies may not correlate with the results of human clinical trials; our patents may not be sufficient; our products may harm recipients; changes in legislation; inability to timely develop and introduce new technologies, products and applications; loss of market share and pressure on pricing resulting from competition, which could cause the actual results or performance of Pluristem to differ materially from those contemplated in such forward-looking statements. Except as otherwise required by law, Pluristem undertakes no obligation to publicly release any revisions to these forward-looking statements to reflect events or circumstances after the date hereof or to reflect the occurrence of unanticipated events. For a more detailed description of the risks and uncertainties affecting Pluristem, reference is made to Pluristem's reports filed from time to time with the Securities and Exchange Commission 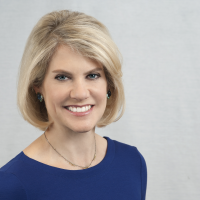 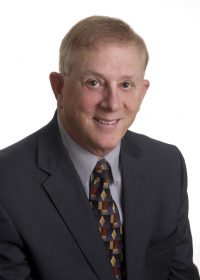 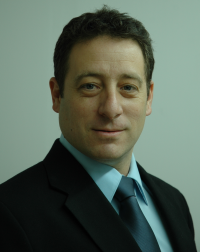