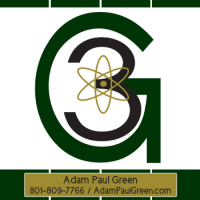 Seattle, WA -- (SBWire) -- 03/26/2014 --Congratulations to Koko Blush & Company for their award winning activities with Singer Lexi Walker (Utah) this past week on Good Morning America and The Queen Latifah Shows!

On February 26th “Good Morning America” held its coast-to-coast live sing-a-long of “Let It Go,” the hit song from the animated movie “Frozen.” Thousands of Disney and "GMA" fans gathered in New York City’s Times Square and elsewhere for the experience. A young Elsa look-alike, Lexi walker (Utah), was featured at the Times Square location. Lexi Walker’s “Let It Go” version (with Alex Boyé) went viral on YouTube and in days had over 20,000,000 views. New York City Children’s Chorus accompanied Lexi. "GMA" hosts sang along, including Josh Elliot who brought his kids, as did the fans on location.
http://www.examiner.com/article/gma-holds-live-frozen-sing-a-long-to-let-it-go

Although Lexi Walker is only 11, her voice has turned her into a viral video sensation. Her version of “Let It Go” from Disney’s Frozen movie has over 22 million views in a week. “I have been singing as long as I can remember,” says Lexi. “I was 2 the first time anyone noticed my voice; my grandma gave me a sing-a-long bear.” “Let It Go,” as sung by Idina Menzel, has been nominated for Best Original Song. “It was fun performing with the One Voice Children’s Choir and a girl’s dream to be in that video,” says Lexi.
http://www.deseretnews.com/article/865597445/Utahn-Lexi-Walker-sings-Let-It-Go-live-during-sing-along-on-Good-Morning-America.html

About KoKo Blush and Co. Mandy and Chris McCready
“I have a deep love and passion for photography. If my house was on fire and I was able to rescue only one material thing, it would be my pictures. Despite not having expertise in the technical aspect of photography, I regard photographs as priceless mementos and they are the catalysts for my inspiration. Dreaming up the perfect photo shoot, complete with one-of-a-kind backdrops, amazing wardrobe, out-of-the-box props and unique personalization elements is a passion and goal of mine.”
http://www.kokoblushandcompany.com/