The goal is to establish a fund to enforce the laws which protects blind people as a minority.

Prague, Czech Republic -- (SBWIRE) -- 12/11/2014 -- Losing one's sight is bad enough, but becoming a minority over night is even worse. This is what the newly blind experience every day. It's displacement on two very different, very personal levels. Despite the fact that modern countries have laws to protect disabled people as a minority, the rights of blind people are violated every day all over the world. Apathy and insensitivity towards blind people are not only illegal they are also immoral. The blind have very little, if any, defense against such unfair treatment for an infliction no one asked for and one that everyone is powerless to stop.

"It is important that we stand up for the legal rights of minorities and this crowdfunding campaign focuses on the often underserved sector of the sightless," says the founder of this fund, Jan Buchal. He is a blind man who has himself had experience with what injustice is like and now he wants to help other blind people as well preserve their dignity and protect their rights.

The Czech Republic is a post-communist country in East-Central Europe. There is a law in the Czech Republic that grants the blind people the right to obtain state allowances so that they can buy the necessary special aids that enable them to read, write, study and work. What many blind people quickly discover when they try to claim what is rightfully theirs is that they are denied access to those services. Similar situations exist in many other countries. The A11Y company began to defend the rights of the blind people demanding that they are given all of the entitlements the law has mandated for them.

The Czech state has reacted by starting to persecute A11Y for advocating the rights of the blind people who are wrongfully turned away. This case is very well documented and the evidence of the wrong-doing of the state and its unlawful practices is undeniable. They've partnered with the respectable Sekanina Legal law agency to pursue justice through international arbitration against the Czech state. Five months into the process of international arbitration with the Czech state and standing strong, a legal decision is expected in roughly one year.

Since this dispute is on the world stage, it will be a precedent for blind people in other countries as well.

About Crowdfunding
Crowdfunding is sought to fund the legal defense engaged on behalf of the blind who have their rights violated every day as well as an ongoing effort to make educational systems in various countries support the education of blind as well as sighted students as well as access to smartphones and tablets that are friendly to the blind so they can take full advantage of the latest technology that those that can see take for granted every day.

The overarching goal is to give blind people all over the world access to the same rights, privileges and entitlements everyone else enjoys.

This crowdfunding campaign ends on January 11, 2015.

Fund for the Defense of Blind People Indiegogo Page - http://DefendTheBlind.com 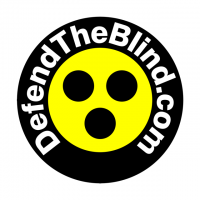 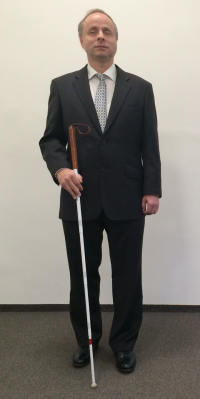