Avrek Law has won a landmark verdict on behalf of a young mother who suffered catastrophic brain injuries after her car was rear ended by another driver at 65 miles per hour, securing $19M.

Irvine, CA -- (SBWIRE) -- 01/29/2015 -- Personal Injury Attorneys are sometimes looked upon as sharks preying on a litigious system, but this is an unfair representation of lawyers who fight on behalf of individuals against giant institutions, insurance companies, governmental entities, corporations and their legal teams to find justice for those who have been injured through no fault of their own. One such case was a rear end collision in which a mother was left in a persistent vegetative state after being crashed into at 65mph by a negligent driver. Maryam Parman of Avrek Law Firm Helped Secure $19 Million Verdict in Auto vs. Auto Case.

Maryam Parman on behalf of Averk Law Firm in Irvine pursued the Auto vs Auto claim following a rear end collision on Nov. 27, 2011, when the plaintiff Michelle Paola Marin, 22, was driving a 1992 Honda on the eastbound Interstate 10 freeway. Her vehicle broke down near Grand Ave. in West Covina. While stalled, the plaintiff's vehicle was rear-ended by the defendant Maryann Ganuelas.

Maryam Parman fought on behalf of the plaintiff, claiming that the defendant driver was negligent, driving at an unsafe speed and failed to keep a lookout due to being distracted, likely by a cellular phone. Maryam also argued that the defendants negligently owned, maintained, operated, and entrusted their vehicle to their daughter Maryann Ganuelas. Ms. Gaunuelas had $100K policy with the Auto Club which was not timely and unconditionally tendered to plaintiff resulting in the excess $19 Million Verdict after a 10 day jury trial in Pasadena.

The plaintiff's own car had broken down due to poor maintenance, having some 275,000 miles on the clock at the time of the accident, when it stalled for approximately 10 minutes before being hit by the defendant.

As a result of the accident, plaintiff Michelle Marin who was 22 at the time, suffered catastrophic brain injury and has been in a persistent vegetative state with a nine-year life expectancy.

A spokesperson for Avrek Law Firm explained, "At the time of the accident Michelle had a 15 month old baby. He is 5 years old now. While it is unthinkable to quantify the value of a mother to a child, we had to do so in order to seek justice on behalf of the victim of this tragic incident, and seek compensation that takes into account not just the suffering still being endured by a vegetative Michelle, but the impact on her family and dependents. We feel justice has been served by this verdict, but take no pleasure in achieving justice under such tragic circumstances."

About Avrek Law Firm
Avrek Personal Injury Firm has more than 30 years of combined personal injury legal experience in helping individuals in Irvine, Los Angeles, Riverside, San Bernardino and throughout the state of California, recover compensation for their personal injuries caused by others. Their team of legal professionals know how to build persuasive legal cases by uncovering all relevant facts of an accident; assessing the full value of injuries; and fighting aggressively for their clients' rights against insurance companies and corporations. For more information please visit: http://www.avrek.com/ 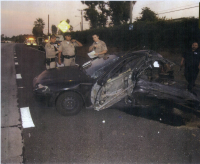