Either way, if the bill that aims to collect sales taxes for online purchases will be pushed through, reconsidering a new process of sales tax audit and method of collection that is agreeable to every state must be developed and implemented.

Atlanta, GA -- (SBWIRE) -- 01/30/2015 -- Easy sales tax collection from internet purchases used to be one of the agendas that many lawmakers are pursuing this year to help states recover billions of dollars lost in annual revenue. For the previous years, the US states have asked the Congress for a federal legislation to ease up collection of sales tax. Yet, when the House Judiciary Committee Chairman Robert W. Goodlatte drafted the Online Sales Simplification Act of 2015, which were distributed to lobbyist and congressional offices this month, the state lawmakers slam the attempt to pass the bill.

The 'Online Sales Simplification Act of 2015' managed to pass the Democratic-led Senate in 2013. This bill allows states to oblige out-of-state online retailers to 'collect sales tax at a rate based on the address of the buyer'. Meaning to say, the bill will not only impose a new tax that consumers will shoulder in non-sales tax states, but the taxes on consumers who had purchased products from much higher sales tax states will be raised.

However, a letter from National Conference of State Legislatures was released criticizing the online sales tax bill as an 'unconstitutional attack on states' right'. The lawmakers believe that the bill tramples the 10th Amendment since it prevent state ruling to charge taxes to its own residents, institute a new sub-national unit that will govern the remote sales tax collection and organize a taxation that has no representation.

On the other hand, the bill drafted and shared by Goodlatte with House members in early January aims to base the tax charges on the seller's location with 'origin sourcing' wherein outpost of sellers in various states will only collect taxes for the state where they are largely present. For NCSL, this will only force consumers to pay sales taxes dictated by lawmakers in neighboring states which will lead citizens in an unfavorable position.

And with the 1992 Supreme Court decision where most states are not allowed to collect sales taxes for online product purchases, some state governments were able to overcome crucial revenue. Yet, local retailers will be in disadvantage if they impose sales taxes on customers which might generate greater dilemmas once annual sales tax audit commences. And in case local retailers encounter problems with their sales tax due to differential tax rates in every state, a sales tax audit defense will be needed to straighten things out.

Either way, if the bill that aims to collect sales taxes for online purchases will be pushed through, reconsidering a new process of sales tax audit and method of collection that is agreeable to every state must be developed and implemented. So that confusion and violations of states' rights in regards to sales tax collection in multiple states will be prevented. 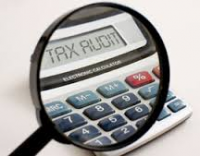 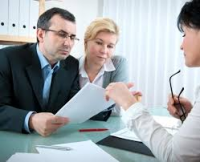 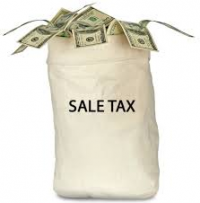