Beverly Hills, CA -- (SBWIRE) -- 02/06/2015 -- You may not recognize the name Jefery Levy but you've seen his work on TV and in the movies. A renowned writer and producer, his list of film credits includes Drive and Man of God. In addition, he has written and produced hundreds of well known television shows, like Ghost Whisperer, CSI, Monk, Dark Angel and Las Vegas.

Levy's full resume, as well as trailers for his last two features can be found on his website, www.jeferylevy.com

Although he has been in the business for nearly two decades, he has never worked on a project as wacky and unpredictable as Ziggy Eisenstein, his latest film.

"Yes, this one is a bit outside the box, even for me," he admits. "It's not a genre film, like horror; sci-fi or teen-comedy. It is an intense, complicated drama about love, marriage, and artistic ambition. It's different but I think people are going to love it."

The film centers on the final 24 hours of Ziggy and Alice Eisenstein's marriage, which begins to increasingly spiral out of control as the plot evolves.

Ziggy stars two Hollywood mainstays, Shane West and Russian diva, Bar Paly. West has landed major roles in ABC's Once and Again, NBC's ER and the CW spy drama Nikita as well as feature films that include Liberty Heights and Whatever It Takes.

Levy is taking the indie route with this production and is looking to raise $500,000 for actor and crew fees, as well as theatrical distribution in Los Angeles and New York. In order to generate this capital, he is "taking it to the streets" with an Indiegogo campaign, which can be viewed at https://www.indiegogo.com/projects/ziggy-eisenstein

Donations of any amount are welcome. For $1,000, you can visit the set during an actual shooting, meeting the actors and crew.

"Whatever amount people donate will be appreciated," Levy says. "I think it will be exciting for people to know that have a little bit of a stake in this film. And I'm predicting it's going to be a big hit."

He can be reached directly at jef@jeferylevy.com 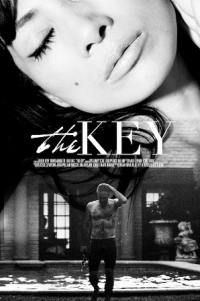