With the significant results from the research conducted by the international team, this gave a brand new hope for many drug addicts who can’t get rid their dependency with illicit drugs out of their system. And people don’t have to suffer anymore with the destructive impact of drug in a person’s life.

Malibu, CA -- (SBWIRE) -- 02/09/2015 -- Cocaine addiction has been one of the problems that the authorities are attempting to solve that a lot of funded research has been conducted to find a drug treatment that will save people from getting addicted. Until recently, a team of researchers from the US and Australia, which is led by the University of Colorado Boulder, conducted a study that may lead to a potential drug treatment with great implications not only with the cocaine, but with other types of drug addiction.

When it comes to cocaine abuse, Australia, and United States belongs to the top 5 which makes the efforts for finding the cure a deep sense of duty that needs to be accomplished. The powerful and addictive stimulant that is made from a coca plant is known to produce short-term euphoria, energy, and talkativeness. It impairs the neurons in the brains which make it hard for users to recognize the bad effects in making decision, according to a research published in 'The Journal of Neuroscience'.

But with the recent findings about the same mechanism in the brain that amplifies addictiveness that also interacts with other drugs such as heroin, oxycodone, morphine and other opioid. Researchers found that the toll-like receptor or TLR4 filled with glial cells' an immune receptor plays a vital role and communicates with the brain to give updates on health changes. These mere glial cells that were once thought to be a glue holding the brain together and feed neuron turns out to be responding and recognizes invading pathogens. And when the drugs managed to invade the immune system, they mount on these receptors and the effects of the drugs are amplified.

In order to prevent the drugs to get amplified is to limit it from binding to the TLR4. It was found that if cocaine weren't able to bind with the TLR4, cocaine won't be able to produce pro-inflammatory effect in the brain which conveys the feel-good rewarding effect of the drug. And blocking TLR4 on glial cells could be a therapeutic means for drug abuse. With this success on cocaine, researchers tried the same mechanism on other drugs and had showed favorable results. For Professor Mark Hutchinson of the University of Adelaide, these significant findings could be the potential single intervention for a variety of drug addiction.

A drug called naloxone that is known to reverse the effects of narcotic drugs that used during surgery or to treat pain was used to prevent cocaine from binding to the toll-like receptor and showed favorable results. And now researchers are hoping that the clinical trials for this drug treatment will start soon so that drug treatment center like Acadia Malibu, known for unique and high-quality drug and alcohol treatment programs, can use the new found drug along with other recovery programs they offer.

With the significant results from the research conducted by the international team, this gave a brand new hope for many drug addicts who can't get rid their dependency with illicit drugs out of their system. And people don't have to suffer anymore with the destructive impact of drug in a person's life.

Acadia Malibu has created a community-based, long-term Acadia rehab treatment model. Our flexible model allows us to create ways of making treatment affordable to most families. We shepherd clients through the treatment process by helping them to integrate themselves into the fabric of our community, and even more importantly, by focusing on what their lives are going to look like post-treatment. Most treatment professionals have admitted that the old 30-day model is not working. Affordable, long-term, community-based care that really works is the future of drug and alcohol treatment … And this is what we are committed to providing each of our clients and their families with 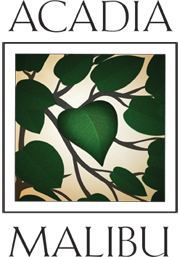 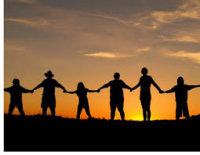