As an Emerald Level member for the second time, Mr. Garcia once again ranks among the top 1% nationally of EWM Realtors, a testament to his skill and dedication in the dynamic South Florida market.

Another member of the Miami Prime Real Estate team, Realtor Ileana Larrubia, also made EWM's Chairman's Club, placing among the top 2% nationally. This reflects the group's adherence to the highest standard of performance and customer service.

Indeed, Josh Garcia is no stranger to awards and recognitions that highlight top production and service excellence. Since joining EWM in 2009, he has consistently raised the bar in sales volume year-to-year, going from sales in the hundreds of thousands in his first year, to over $10 million just three years later.

Unsurprisingly, Mr. Garcia has been repeatedly invited to EWM's Chairman Club throughout his accomplished career, a distinction that he and his team plan to continue into the coming years.

About Josh Garcia
A graduate of Florida State University with degrees in Finance and Real Estate, Josh Garcia offers a unique skill set that allows him to efficiently serve multiple roles. He is known for meticulously identifying the unique needs and goals of his clients, and applying innovative strategies to see them through. 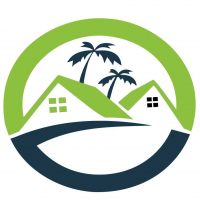