With the upcoming matches already listed on the official website of Ticket 4 Football, there’s no more reason for football fans not to buy tickets and have the best seats reserved. And to further get the best of this most trusted football ticket merchant, fans can also download their iPhone App by EGlobalSolutions.com in iTunes.

Cartagena, Murcia -- (SBWIRE) -- 02/11/2015 -- Football fans have always something to look forward to at this years' Premier League. Millions of fans from different parts of the world march their way to the nearest ticketing office to buy Premier League tickets to show their love and support to the biggest club they are rooting for and witness the live action in the home stadiums. And despite the chilly season that embraces February, football lovers will keep cheering on their clubs up to the finals.

From the Arsenals' defeat from Tottenham Hotspurs with 2-1, Leicester City from Crystal Palace with 1-0, Aston Villa from Chelsea with 2-1 and QPR from Southampton with 1-0; to the draws between the matches of Manchester City and Hull City with 1-1, West Ham and Manchester United with 1-1, Burnley and West Brom with 2-2, Swansea City against Sunderland with 1-1, Newcastle United and Stoke City with 1-1 and Everton and Liverpool with 0-0; winter will certainly melt once the heated matches commences in every club participating Premier League.

Seeing great anticipation from many football fans in watching their all-time favourite clubs play and the popularity of the clubs seen in the increasing number of their fans, it's not surprising that some were not able to get Premier League tickets. That is why, to prevent from getting sold out, a lot relies on buying their tickets from online ticketing vendors that are highly trusted like Ticket 4 Football, the fan's choice for Football tickets.

What makes Ticket 4 Football the best ticketing agent and marketplace for Premier League matches is that they have the most brilliant service, the tickets were first class and it arrives a couple of days just before the match's play date. They give the best seats in a very affordable price so football lovers don't have to worry since Ticket 4 Football is here to take the stress away in buying tickets for their favourite club matches.

With aims to give football fans the best service, they even post all the upcoming scheduled matches of all clubs and are always being updated daily. Their customer supports are 24/7 online to deal with clients to answer any queries about the tickets. They help other fans who need tickets by putting them in touch with other fans selling them. To enjoy ticket benefits, discounts, or if fans want to sell their extra ticket with certainty, interested football fans can join their marketplace by signing up on their official website.

With the upcoming matches already listed on the official website of Ticket 4 Football, there's no more reason for football fans not to buy tickets and have the best seats reserved. And to further get the best of this most trusted football ticket merchant, fans can also download their iPhone App by EGlobalSolutions.com in iTunes.

About Ticket 4 Football
Ticket4Football is an interactive online marketplace for fans to buy and sell tickets for football events all over the world. Our goal is to provide fans with an excellent choice of tickets at a fair market value, even if the event has long since sold out. 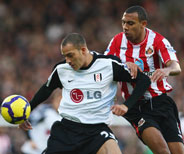