Smart Servo Controller promises to be a valuable addition to any robotics toolkit that will allow hobbyists and professionals to create complex motions and control logic without writing any code. The funding requirement for this project is $12,000.

Vancouver, BC -- (SBWIRE) -- 06/22/2015 -- The creator of Smart Servo Controller Mark Arnott believes that his creation will be the perfect addition to a robotics toolkit. Mark has designed it to be a building block that can be used to implement complex control logic and motion algorithms without the need to write any code. Smart Servo Controller can be used to expand any existing robotic project's functionality or as the platform for a new project. Mark firmly believes that his creation will be extremely useful for both the hobbyists and professionals.

The primary idea behind the creation of Smart Servo Controller was to ensure that the users spend less time coding and more time creating. It can be integrated into any existing project. Users may use it independently or in conjunction with PIC, Arduino, and other microcontrollers. While designing this project, the specific needs of the DIY community were taken into consideration.

The working principle of Smart Servo Controller involves evaluation of the rules created by the users. Users can create up to 256 rules. Each of these rules is run independently, and the results are summed together on the output channels. Output State, Linear Map, Sequence and PID are the four types of rules. A number of conditions are attached to each of these rules. These conditions determine whether the rules are allowed to run. The use of rules certainly makes it an intuitive way to program control algorithms that are complex in nature.

Mark has tried his best to eliminate all technical risks by designing, programming, testing and using the SSC on several projects. Now, he needs funding support to make any further progress. To arrange adequate funding for this project, Mark has recently started a Kickstarter campaign. This project will only be funded if at least $12,000 is pledged by Thursday, July 16, 2015.

To find out more about this campaign, please visit http://kck.st/1Cdw0BL

About Mark Arnott
Mark is an electrical engineer working for Nuytco Research LTD. He earned a B.Eng degree in Electrical and Computer Engineering from the British Columbia Institute of Technology. He received several awards while studying including the "Dean's Award for Bachelor's Degrees". 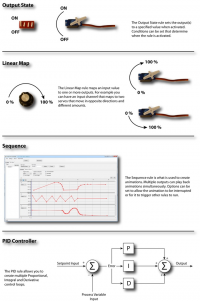 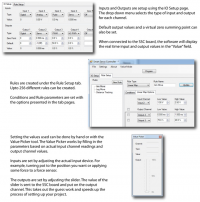 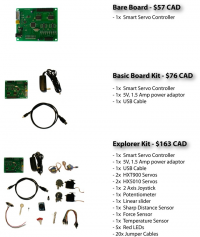