Los Angeles, CA -- (SBWIRE) -- 08/08/2013 -- Sex Offender Map, a free service providing information to parents and concerned citizens about the sex offender rates in their states and neighborhoods, announces its 2013 list of the top ten states with the worst sex offender rates. The three states that top the list are Delaware, Wyoming and Oregon.

Using demographic profiles of each state combined with sex offender data from the Parents for Megan's Law website, the list highlights the top ten states with the highest amount of sex offenders per 1,000 people. The full list can be found on this page.

Created in response to 30 years of police work in California and Florida, Sex Offender Map was founded by retired police officer Sam Hadfield after he experienced first-hand the rapid re-conviction rate of many sex offenders. Mr. Hadfield noted that many tended to commit second and sometimes even third offenses almost immediately after being released from jail. Multiple studies and statistics from the U.S. Department of Justice echo Mr. Hadfield's experiences. According to the Department's data, roughly 70 percent of sex offenders commit a second crime, 19 percent of rapists are re-convicted, and a child is sexually abused every two minutes.

According to an article on the Sex Offender Map site written by Mr. Hadfield, "As a measure of precaution, I have always warned families with teenagers and young children to avoid living in neighborhoods where there are many registered sex offenders, to be better safe than sorry. I decided to launch this website to help Americans keep track of sex offenders in their neighborhoods, and to provide valuable information and tips to families that want to learn more about how to stay safe and avoid the worst."

By partnering with public safety site AlertID, Sex Offender Map offers a free tool that shows the exact location, name and picture of sex offenders living in neighborhoods all over the nation. With nearly 748,000 sex offenders registered in the U.S. alone, Sex Offender Map helps parents and loved ones protect their children by understanding their surroundings and neighborhoods.

About Sex Offender Map
Sex Offender Map is a free service launched by Sam Hadfield, a retired police officer having served in the states of Florida and California. The website helps families get up to date information about sex offenders living in their neighborhood, city and state. For more information, visit http://sexoffendermap.org/top-10-states-with-highest-rate-of-sex-offenders-in-2013/ 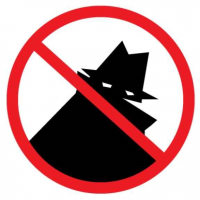