Dan Heidt is releasing his first album and needs backers in his Kickstarter campaign to fulfill his passion of bringing positive music to the world.

Dan Heidt has been playing music professionally for 20 years now. He has a handful of his own original songs that are waiting to be heard. This may be the time.

Dan has been a fan of music since he was a small boy. He recalls long drives from West Virginia to Kentucky to Florida with his family during summer. He and his family would sit quietly in the car listening to John Denver, Kenny Rogers and Patsy Cline.

At eleven years of age, he got his father to teach him a few chords on the guitar, which spurred him to learn more about the instrument and explore music. By nine years old, he would listen to James Taylor at his family friends’ house. Soon enough, he got a better appreciation for music and its influence in people’s lives.

For Dan, music brings him great memories that inspire him to create music of his own too. With his guitar, he has created many songs that are waiting to be heard not just by his family and friends. His music, he says, brings out positivity and he wants to share this positivity to the world.

However, in order for Dan to produce and release his own brand of music, he needs help. Thus, he has launched a Kickstarter crowd-funding campaign to back up his project. “I have a lot of music in my head, and a few more tracks than just me and a guitar, so it will take a little bit more than laying a couple of tracks down and being done with it,” Dan says.

The money raised will be used to record, mix and master the music. Also the fund will go into printing a 10-song CD. Additional funds will also go to additional instrumentation and musicians, and marketing as well. Dan aims to produce a market-competitive and high-quality album. He plans to complete the project by Christmas this year, or by the beginning of 2014, at the very latest.

The goal is to fund $4,000. However, if the campaign exceeds that goal, he intends to explore more possibilities. He plans to travel to promote and distribute his album, implement more marketing tactics, create merchandise, and produce more CDs for distribution.

Visit Dan’s Kickstarter campaign to find out how you can help launch his new style and sound. You can also visit his Reverbnation website, like his Facebook page or follow him on Twitter to show your support, get updates, and find out more about his music. 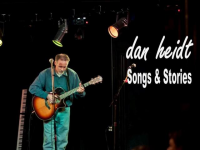 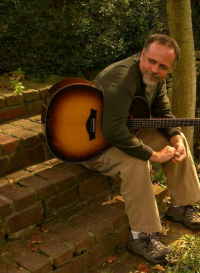