Boasting a narrative that rocks on the waves of swashbuckling awe, ‘The Gunner’s Daughter’ takes readers back in time and into a pre-revolutionary world of ignorance and reason.

Dartmouth, MA -- (SBWIRE) -- 02/08/2013 -- Many debut authors use their first novel to test the literary waters. However, in the case of Massachusetts author Michael Misiolek, a debut novella can also be bold, raw and captivating.

‘The Gunner’s Daughter’ fuses satire and romance into the perfect seaborne adventure.

A Reverend, sent to a small New England town in 1771 to settle the estate of a rich man, is duped by greedy land speculators into applying archaic medieval laws of torture to do away with the town's population.

The Gunner's Daughter is a historical satire blending romance and swashbuckling adventure. Set in

Dartmouth, Massachusetts, this pre-revolutionary tale of ignorance and reason is shrewdly influenced by an enclave of well-educated African slaves who set the standard for high continental style, culture, and dynasty.

It is not an expose of graphic blood and gore, but of the emotional torture people put themselves through to maintain their status and social position in society.

As the author explains, while fictional, he worked diligently to remain true to his narrative’s period.

“I’ve been banging my head against the wall for the past twenty years trying to build a career as a screenplay writer,” says Misiolek. “Most of the heavy hitters these days have their own production companies staffed by an army of in-house writers. It’s a tough market to break into without good contacts, especially if you’re on the wrong coast. So I thought I’d try my hand at writing a novella.”

He continues, “Most writers start off writing a book and then option it off as a screenplay. I did it backwards. My work came from an unsold screenplay converted to a novella. It requires a very different toolkit. If you think about it, a screenplay is like an outline for a book. All you need to do is fill in the details. Still, I wanted the book to be historically accurate. I invested a lot of time and effort into research and I think it paid off in the end.”

Pay off it did; in fact, since its release, the book has garnered a consistent buzz on the net.

The book’s screenplay version also received a favorable review by Gordy Hoffman. He said, “The writing in this story was really strong. The dialogue was excellent – true to the period, unique for each character and intelligent. On the whole this was a very well-written story with some good characters and strong scenes.”

With the promise of success on his hands, Misiolek refuses to lose sight of what is really important.

“I hope my book achieves this and keeps people turning pages until the very end,” he adds.

With the book’s demand expected to increase, interested readers are urged to get their hands on a copy as soon as possible.

About the Author: Michael Misiolek
A lifelong resident of Dartmouth, Massachusetts. 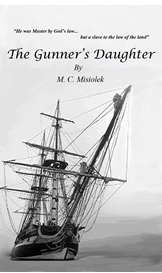