Social Media Loves Treasure Hunting and Cashing in on Trillions

Social Media is buzzing about treasure hunting, lost treasures and those whose professional career is cashing in on all the lost and still unclaimed Trillions around the globe.

Phoenix, AZ -- (SBWIRE) -- 08/15/2013 -- Social Media is buzzing about treasure hunting, lost treasures and those whose professional career is cashing in on all the lost and still unclaimed Trillions around the globe.

While TV sets have been tuned into such scripted TV shows as Gold Rush, Bearing Sea Gold, Jungle Gold and Duck Dynasty; Social Media and those who get their information and education from the Internet have been lavishing millions of views and hundreds of thousands of subscribers, fans and followers on the unscripted real life Indiana Jones of the world.

Cable Networks agree viewers love programming about gold, high adventure and lost treasures, but the Networks have seen their rating take a sharp drop because fans are flocking to the Internet to both watch and interact with professionals who are the real deal and post their adventures for all to watch online.

TreasureForce, has gained hundreds of thousands of fans who have driven millions of views to the TreasureForce Channel on YouTube and seems their 101,000 plus fan base on Instagram cannot get enough of their postings of treasures they have found and blogged about. “Everyone, from child to adult, shares the dream of one day finding a huge treasure, so they love TV programming about such things; but what the Cable and TV programmers choose to air, is 100% scripted and that is why treasure and adventure enthusiasts see their programming as staged and are leaving the Cable networks in droves.” states Commander of TreasureForce – the goateed grizzled World Explorer who has published over 200 books on Treasure Hunting and Lost Treasures. Commander - Professional Treasure Hunter

The last year has seen the so-called reality TV world rocked by scandals of being scripted, fake, arranged and for duping TV viewers into believing it is real programming happening as it occurs.

“Why we see such a significant participation by our fans in our content and programming is because we are real and take our time to inform and educate our fans”, Commander continues, “We even post Treasure Legends and the clues to find them for our fans and we have discovered that if we give a fan 1 minute of content they request of us, that we get back over 400 minutes of interactivity in our various content offerings as a thank you for listening to them and their needs. It’s a two-way interactive relationship”.

TreasureForce has both North American and United Kingdom operations and team members are comprised of ex-military, ex-special forces, ex-police and professional Cacheologists. TreasureForce has gained attention for their various discoveries and confirmations of lost treasure legends and recently gained international attention when they discovered the remains of a Mayan City, thought to be a myth, within the desert southwest of the United States. Forensic investigations into the lost Mayan city are underway and the TreasureForce Team is currently documenting the discovery for a TV, Film and Book release.

“There are so many lost treasures out there, that one team, much less a thousand professional teams cannot investigate them all; that’s why we feature videos and content for our fans about treasure they can go after and make an adventure out of it. We would love nothing more than to have one of our fans find millions and change their fortunes!” closes Logi, TreasureForce Chief Logistics Officer and member of Alpha Team.

About TreasureForce
Associated News Content on behalf of TreasureForce and National Treasure Society: TreasureForce is the World's Foremost Terrestrial Treasure Recovery Team and COMMANDER plans and manages missions all around the globe. TreasureForce combines historical re-enactments and forensic research with the most advanced tools and instruments in the world to locate and recover famous Lost Treasures and to either prove or disprove various Treasure Legends. Commander has published over 200 individual titles.

Cacheology Society of America and the Cacheology Society and Institute of the United Kingdom are the governing and certification boards of Certified Cacheologists. Cacheology: The profession, whereby highly trained and certified individuals, using archaeological methods combined with forensic historical re-search and modern technology, set out to either prove or disprove, dispel or recover, set the historical record straight or professionally document, the various types of caches, common treasures or otherwise, that have been lost to history and mankind. The mission of the Cacheologists is to recover lost caches, using profit driven methods, for the expansion of mankind's study, education, instruction, collecting, showcasing, and the preservation of caches that time and the environment rapidly and thoroughly destroy, thus erasing vital and irreplaceable historical records and artifacts of the entire world. 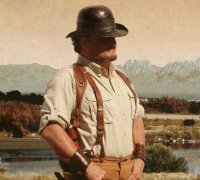 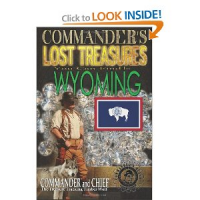 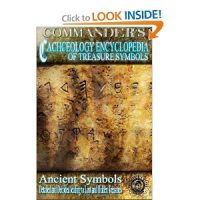 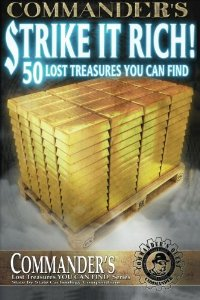