Up and Coming Artist Nayan's New Single 'Butter' on Radio

Pasadena, CA -- (SBWIRE) -- 05/18/2016 -- After having his first single DrNk TeXtIn chart on iTunes top charts, singer/songwriter and 'America's Got Talent' performer Nayan is thrilled to announce his new song Butter which been hitting Radio air waves for the last month at KISS FM 104.7.

The R&B hit can be heard here.

Butter also made it in the Top100 on iTunes charts. This is Nayan's second to break into this highly sought list.

"Now I am doing a music video for Butter and I'm hoping my fans will enjoy it as much as I have making it," said Nayan.

A soulful voice with an impressive vocal range, Nayan has been honing his craft in the L.A. music scene for quite some time as an up and coming R&B singer.

"Music electrifies me. Writing new material and recording is not even work. It is fun to me. Performing live literally puts me on a high," said Nayan.

He has been working on his album with major label record producer John Ho, famous for such artists as Cody Simpson, Natalie LaRose, Flo Rida, Mya and Cassie. He hopes the album will be out soon.

"I honestly cannot see myself doing anything else. I love to see people entertained. It puts a smile on my face," said Nayan.

To keep updates on his live shows and tours feel free to visit his website. 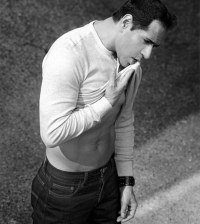