Salem, MA -- (SBWIRE) -- 08/26/2015 -- Omen Psychic Parlor and Witchcraft Emporium is hosting a free open house event including: a psychic self defense class presented by Leanne Maramma and a potions and pampering class presented by Kyri Spencer. For the occasion Christian Day and Brian Cain have invited Laurie Cabot, The Official Witch of Salem to perform a very special blessing and presentation at 5:30 PM. Omen will then hold a Goddess Healing Ritual at 7:00 PM to bring healing and peace to women everywhere who are seeking peace, healing and the transformation from victim to survivor. Additionally both Omen, Hex: Old World Witchery and Hex: New Orleans, will be donating 20% of all sales at the shops that day to a Local Woman's Shelter. In Salem, Omen will be donating to HAWC!

2:00 pm Psychic Self Defense: Leanne Marrama. Workshop. Leanne shows us how to develop our innate psychic abilities as a means of protection and strength.

3:30 pm Potions and Pampering: Kyri Spencer. Workshop: Kyri shows us how to perform beauty rituals as a means for magick and empowerment.

About World Goddess Day
THE WORLD GODDESS DAY PROJECT emerged in 2014 to unite the Mother Goddess worshipers world-wide through their many expressions and manifestations. More than 50 events were held around the World. Omen in Salem Massachusetts has joined the movement in 2015 to celebrate and empower the Goddess in every woman. This year 20% of the sales generated on September 6th, World Goddess Day, will be donated to HAWC. http://www.worldgoddessday.com/

"It's wonderful to see so many countries coming together to celebrate World Goddess Day! We have shown the world that the Great Goddess is in the forefront of Human Spirituality. She has returned permanently to usher in a new consciousness that the world has been anticipating for quite some time. I would like to give my heartfelt thanks to Laurie Cabot, Christian Day and Brian Cain for bringing an empowering Goddess-themed presentation to Omen in Salem." Claudiney Prieto/Founder World Goddess Day

About Laurie Cabot
In the 1970s she was declared the "Official Witch of Salem, Massachusetts" by Governor Michael Dukakis to honor her work with special needs children. She founded the Cabot Tradition of the Science of Witchcraft and the Witches' League for Public Awareness to defend the civil rights of witches everywhere. Today, she continues to reside in Salem, where she owned a shop called The Cat, the Crow, and the Crown, which closed in early 2012 after 40 years. Cabot claims to be related to the prominent Boston Brahmin Cabot family. She is a part of Salem lore, and a local celebrity in that city and throughout the Massachusetts North Shore.

About Leanne Marrama
This warm and caring Salem Witch is easily recognized due to her appearance on TLC's 'What Not to Wear', but she is also known own for her stunning psychic abilities. Leanne has been a practicing Witch and Psychic in Salem for over 20 years. In that time she has been reading the cards, a gift she received from her Italian Grandmother. Leanne also hosts Festival of the Dead's annual Mourning Tea, along with Sandra Mariah Power.

About Kyri Spencer
Kyri has been a practicing Witch and Psychic Medium for over 30 years. Immensely gifted with many skills, Kyri is the creator of Mama Kyri's Candles. She holds a degree as a Hypnotherapist, and will be one of the hosts of The Festival of the Dead's: Messages from the Spirit World, An Authentic Salem Séance.

About Omen Psychic Parlor and Witchcraft Emporium
Omen is Salem's premiere destination for psychic readings, workshops, and magical events and has an emporium of products for aspiring and experienced Witches! We also feature one of New England's largest selections of Tarot decks.

About HAWC
HAWC provides free services and support to victims of domestic abuse residing in 23 cities and towns on Massachusetts' North Shore. 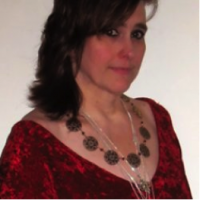 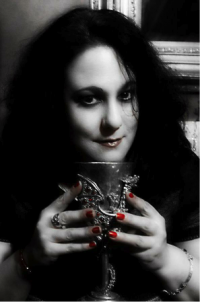 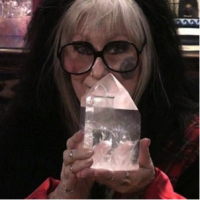