Get to the Gray is a provocative and ambitious adventure film from writer and director Jeremy James Lanning. The complete funding requirement for this project is $6,500.

Fort Worth, TX -- (SBWIRE) -- 11/03/2015 -- Jeremy James Lanning is the writer and director of Get to the Gray, a paranoia thriller that is both provocative and ambitious. Chris Durbin is the Director of Photography of this upcoming film. With this short adventure film, the makers are looking to deliver something that is both entertaining and topical.

The story of Get to the Gray is about an aging psychologist that moonlights as a profiler for State and Federal agencies. He encounters an extraordinary assignment that involves resurrecting a 17th century war icon, a buccaneer of sorts. This is the time when his son gets abducted, making life even more complicated for him. The entire movie is set to the backdrop of Chromatics, an American Electronic band heard in films like Drive and Bellflower, and Ajimal, a pop collaboration led by Fran O' Hanlon of Newcastle. The film will also feature music by T.S.O.L and The Chain Gang of 1974.

Talking about this movie, Jeremy says, "In the early 90's I was stationed in Washington DC and I spent most of my free time inside the triangle of Adam's Morgan, Georgetown, and DuPont Circle. I was immersed in poetry, paintings, indie film, raw music, and coffee. I only had two pairs of shoes, government issued Boon-Dockers and Doc Martins. Art was personal, and everybody wanted to be a part of it."

The film's entire cast and crew are volunteers motivated by the desire to deliver something entirely solid to the world of film and art. Jeremy is seeking funding support to cover other expenses such as pre-production, production, post-production, and festival submission. A Kickstarter campaign has been launched recently for this purpose.

This project will only be funded if at least $6,500 is pledged by Sunday, November 29.

To find out more about this campaign, please visit http://kck.st/1MAZnb7

The website of Get to the Gray is http://gettothegray.com/

About Jeremy James Lanning
Jeremy James Lanning is the writer and director of Get to the Gray, a paranoia thriller that is both provocative and ambitious. Jeremy is a 40 year old Irish Catholic, and he was born and raised in Cleveland, Ohio. 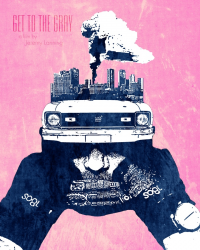 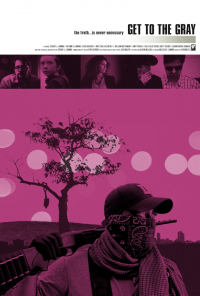