Xploder Blasts Onto the Hip-Hop and Electronica Scenes with Upcoming EP, Perfect Noise

Armed with his latest recording’s first single, “Out of This World,” UK hip-hop and electronic music artist Xploder intends to blow away fans and critics with his upcoming EP, Perfect Noise.

Las Vegas, NV -- (SBWIRE) -- 03/25/2014 -- Well on his way to international fame, UK-based hip-hop lyricist Xploder has benefited from his incorporation of electrifying EDM that entices fans of many genres to have a listen. Following a slew of successful singles and a debut EP, Xploder is now poised to release his latest EP, Perfect Noise, and have his track “Out of This World,” the first single from that EP, included on WiFi PR Group’s upcoming compilation, Indie Anthems Vol. 5.

For Xploder, music has always been a part of his life, from pulling all of the coolest dance moves at parties to listening to Michael Jackson’s “Bad” over and over again. But his music really came to fruition in school and college when he began rapping along with friends over beats played through a Walkman. This gave him the confidence and drive to pursue music as a career and a powerful way to express his thoughts and emotions.

As he has developed his unique sound—a distinct blend of slick hip hop lyrics delivered over dance-heavy electronic music—he looked to such musical influences as Michael Jackson, Ludacris, Nas, UB40 and So Solid Crew. While finding its own niche, his sound is most often compared to Tinie Tempah and Dizzee Rascal.

Xploder has drawn from a wide range of inspirations when writing the lyrics for his songs. He delves into the complex emotions that come with relationships and finding love for the first time, and he says that portraying these emotions through his music opened up different channels of his creativity. Having his daughter was another turning point in his creative development as she offered a new understanding of life and responsibility, which drives his motivations and enthusiasm. He also finds inspiration from growing up in a council estate surrounded by alcoholics and drug users who inspired him to rise above it all to thoughts of positivity and uplifting one’s self while also being humbled by knowing where he’s come from.

All of the influences and inspirations come together to fuel his recordings and live performances. Over the years he has released a number of singles, including “So True” (2009), “Don’t Trust You” (2010), “Hype Show” (2011), and his latest, “Out of This World” (2013), off his eclectic-sounding, upcoming EP, Perfect Noise (2014). This latest recording effort is a highly anticipated follow-up to his debut EP, Line of Fire (2011). Also, the next single to be released off Perfect Noise will be “Music Makes Me High” (2014).

Besides his successful recordings and power-packed live performances, Xploder feels his greatest musical accomplishment was performing at the BBC Radio 1 festival in 2012, where he shared the stage with big-name artists like Jay-Z, Rihanna, Tinie Tempah, Nas and Nicki Minaj.

Yet another proud accomplishment will be the inclusion of his track “Out of This World” on WiFi PR Group’s Indie Anthems Vol. 5, set to be released at Coachella in April 2014, where he will join a host of other international talent spanning a wide range of genres. This digital mixtape will be handed out on 3,500 download cards to festival attendees, and 1,500 more copies will be made available on the Indie Anthems Bandcamp website.

You can check out videos on Xploder’s YouTube page, including the official videos for his tracks “Out of This World (Agent X Galaxy Mix)” and “Hype Show” as well as a video for “Gangsters Vs Hustlers.”

To download or purchase Xploder’s music, you have several distribution outlets to choose from, including iTunes, HMV, Beatport, Amazon, Google Play, Juno, 7Digital, Nokia and eMusic. You can also stream his music through Spotify. 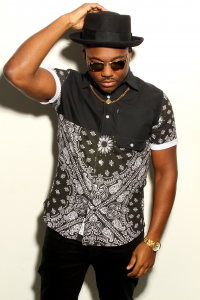