Fall fundraising season is underway and this year Mother Nature was just one of the challenges facing CASA of Greater Prince William County. 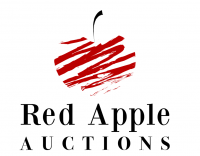 Manassas, VA -- (SBWire) -- 10/25/2011 --Court Appointed Special Advocates (CASA) of Greater Prince William supporters were on hand at the annual Evening Under the Stars last month to make record-setting donations. Despite Mother Nature’s fickle activity, the event hosted more than 1,000 people who came to support CASA’s work with over 430 abused children.

Just three days before the event, organizers were faced with an unstable weather forecast due to recent hurricane activity. Flight Works Inc. granted CASA last minute permission to use their Hangar at the Manassas Regional Airport on Thursday and on Friday, the process of adjusting and redirecting to the new venue was begun by staff and vendors. Despite the move and all the potential to reduce the night’s fundraising, the results were record-setting.

The long-standing gala is the most well-attended charity ball in Prince William County. Red Apple Auctions was hired this year specifically to identify areas that would improve the event’s profitability. A number of adjustments and additions were recommended and incorporated into the evening.

Event guests participated in traditional and new gala elements. The established silent and live auctions and an appeal for donations were kept, but all performed better than in past years and generated above-average results. Donated items in the live auction went from selling at about 80% of value to selling at over 140% of value. The cash appeal grew from $3000 to over $13,000.

“CASA is an especially challenging cause for fundraising because our work is with child victims of crime. These minors are protected by privacy laws and therefore the public cannot know them, their stories, or their outcomes. The donor cannot see who they are helping, hear from those they help, or even be informed about the specifics of any child’s case. This is a challenge that can only be overcome by building relationships and trust in the community.

“In addition, we always try to make our events outstanding, through uniqueness and quality of experience. Quality of service to the children is reflected in the quality of our events and encourages giving. Donations are simply the ability to provide an advocate to every abused child to whom the Court appoints one and therefore maximizing donations at the event is the most important activity of the evening and auctions are essential.

“Auctions are only as good as the auctioneer and auction strategies used. This year, one of the tools we used to help meet our challenge was to invest in hiring a strong benefit auction company.

“Sherry Truhlar had worked an auction that was attended by one of my staff in 2009. The staff member came back to work and was effusive about the fun that she had witnessed in that auction and how much money had been brought in and recommended we contact her.

“I had checked into Red Apple but the fee was greater than we had ever paid so I dismissed the idea. Our auctions were not pulling in what we thought they should for the past couple of years and everyone just wrote it off to the poor economy but I suspected that we were missing something in our approach. We were drawing many people and surely there was more support to be drawn from such a large group.

“This past year, Ms Truhlar had worked with another of my staff members at a nearby school auction and the school had seen improvements, so once again it was recommended that I call her.

“With increasing challenges in fundraising, I believe the old definition of insanity – ‘continue doing the same thing and expect different results.’ All I needed was for Ms Truhlar to carry her own weight, bring at minimum, what I made last year plus the cost of her services. If the people had more fun with the auction, then we are already ahead.

“I hadn’t included the hurricane and quick change of venue in this assessment; this really could have been a disaster year for us. Instead, the evening was more interactive, more financially successful than ever, and I loved that Red Apple’s auctioneer, Colonel Bill Billingsley, focused on the support we need to be providing children in our court system throughout the evening. While final numbers are not in, it appears we more than doubled our highest revenue year for live auction and special appeal and that means we will be there for more child victims this year.”