Tinnitus Management Market in the Process Exhibit a CAGR of 5.5% During the Assessment Period 2017-2025 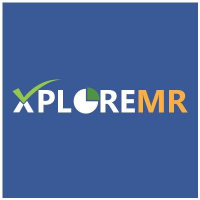 Tinnitus is the third most common problem prevalent in the global population. It has been estimated that about 10%-15% of adults worldwide suffer from prolonged tinnitus that requires medical evaluation. Approximately, three-quarters of patients who experience tinnitus are not bothered by it. However, for the remaining 25 percent, tinnitus has a significant impact on their daily life. As per the estimates in the study carried out by the Chinese Federation of People with Disabilities, approximately 130 million Chinese experience ringing or buzzing sounds in their ears. Hence, the increasing prevalence of tinnitus around the globe is likely to propel the growth of the tinnitus management market during the period of assessment.

The geriatric population of the world is growing rapidly and this creates a vast potential for the growth of the global hearing aids market. Ageing is a predominant factor for hearing loss and other hearing related problems. According to the United Nations Department of Economics and Social Affairs, the number of elderly (65 and >65 years) was 841 million in 2013, which is four times higher than the figures of the geriatric population in 1950. The geriatric population is expected to triple in number and surpass the 2 billion mark by 2050. Keeping these figures in mind, nearly a third of the population aged 70 years and above report significant issues related to tinnitus which is likely to boost the growth of the tinnitus management market over the next decade.

Get Sample Copy Of Report @ https://www.xploremr.com/connectus/sample/361

The cost of new technologies for hearing aids and sound masking devices in emerging economies is significantly lower as compared with developed regions of North America and Europe. On the other hand, a large population base resides in China and India suffering from tinnitus, but has a low adoption rate of devices for the treatment of tinnitus. The increase in adoption of such devices coupled with a fast growth of latest healthcare technologies in such emerging economies is expected to drive the growth of the tinnitus management market during the period of forecast.

Get To Know Discount On This Report @ https://www.xploremr.com/connectus/check-discount/361