Smart Crowdfunding is slated to carry out strategic marketing initiatives for AirON the product that flips lighting switches on and off wirelessly with the use of a smartphone app. 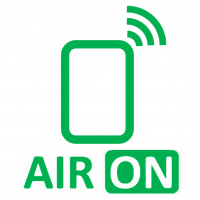 Dallas, TX -- (SBWire) -- 10/31/2013 --With an $80,000 goal the makers of the AirON product have launched a crowdfunding project on Indiegogo. Rethinking how a light switch should work the AirON is powered by Bluetooth and turns on lighting wirelessly with the use of a smartphone. The device works by externally installing it on the light switch and then giving a command via a smartphone app that will signal the manipulation of internal gear. Providing an exceptional remote control that’s always on hand, AirON is a smart and inexpensive add-on to any existing switch. Now consumers can control their lighting without having to cross a room.

Prior to the AirON it took a general knowledge about wiring to upgrade a light switch. That said, wires behind the wall plate could be considered intimidating until now with the creation of this user friendly product. Keeping an existing switch unchanged the AirON attaches to the light switch through a backplate that is provided with the product. A consumer will simply screw out the existing cover, screw in the new panel and clip on the AirON device. Working with either a standard toggle or rocker switch the dedicated interior electro-mechanical gear does all the work.

After installation consumers will download the free app to their smartphone and use it to control AirON without tapping into their cell network or data plan. Currently the switch supports iOS and Android devices with Bluetooth 4.0 which include, iPhone 5S, iPhone 5C, iPhone 4S, new iPad, New Touch and iPad Mini as well as Android 4.3 OS and above. The app can support up to ten switches simultaneously either individually or by groups at a connection range of up to 100 feet. When the app is opened it will begin to search for the AirON device automatically. Through the app users can give numerous switches different names to identify them as well as turn them on or off independently. The AirON runs on two replaceable AA batteries which, for added convenience, show on the app’s screen via a power indicator icon.

Li Yang, CEO of AirON said recently of the device, “We’ve tried very hard to think of everything with this product. It not only works via smartphone, it recognizes wave motion as well. A simple wave of the hand above the switch can also turn lights on or off so light switches can still be used manually.” AirON also makes use of a timer for each switch, a group function enabling users to turn on the lights in the entire house with one click, and a temperature display to have knowledge of a room’s temperature.

The AirON team is based in Dallas, Texas and consists of Alice Zhang who is the product’s inventor and the company co-founder and Amin Rida, Ph.D. who is an engineer and entrepreneur heading up the public relations for the device. Also on the team is Hao Liu, Ph.D. who has electrical circuit and printed circuit board design experience, Li Yang Ph.D. with expertise in wireless/RF design and consumer electronics and Marie Milleron who has worked as an electrical engineer in R&D and central service organizations.