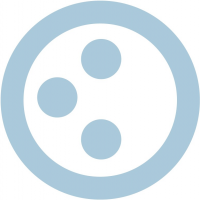 Chipkin Automation Systems is able to provide three solutions. These allow remote monitoring and control by exposing the Barrington data using the protocol of one’s choice such as Modbus, BACnet, Rockwell, XML, Web and dozens more.

By talking directly to the LanStar, the company can read and write points in the MicroStar’s (including Set Points and virtual DO’s associated with a MicroStar). This communication does not interfere with any existing connections to the LanStar as it has four ports for connections of this type. Thus, one can retain any SCADA or software already talking to the LanStar. One gateway can talk to one LanStar and all of its MicroStar’s. This system has been well tested at a major computer chip manufacturing facility located in California. This solution is ideal if the engineer wants to retain the LanStar, without having to re-write the logic and scheduling programmed into the LanStar.

If the LanStar does not need to be retained, or the LanStar has failed, then CAS has a solution that can talk directly to the MicroStar’s. One gateway can connect to one or two trunks of MicroStar’s and read and write data. This solution allows the engineer to read and write the ai, ao, bi, bo and counter data.

Finally, CAS has a snoop solution. If the system with LanStar’s is not able to interfere with the system, the company can connect to the trunk that connects the LanStar’s to the MicroStar’s and listen. Furthermore, there is no transmission as CAS does not interfere with the communications in any way - adding no load to the bandwidth. Since the LanStar continuously reads data from each MicroStar, the gateway will see all the data from each MicroStar on a regular basis. This data can be mapped onto other protocols so users can use it to animate graphics, keep logs and trends and monitor the MicroStar data.

These solutions have been deployed successfully by customers as well as being tested by CAS engineers using LanStar and MicroStars in the office.

About Chipkin Automation Systems
Established in 2000, CAS is a specialist engineering consultancy providing services that are currently focused on system integration and Protocol Conversion.