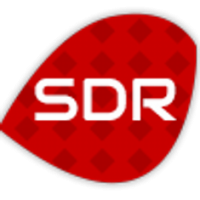 Eugene, OR -- (SBWire) -- 11/10/2014 --After the first release on CNET featuring an AVI file converter directly into MP4, Software Development Resource launches second free software that does the function vice versa. The MP4 to AVI converter runs smoothly with drag and drop features that even first time users will find it easy to use.

As a backgrounder, mp4 files are now more commonly marketed as the better mp3 when it comes to playing audio and video files. Most MP4 players though are just mp3 players that can play more file formats that the previous mp3 players cannot open.

MP4 players also have codecs that are like patches needed to a player to enable it to play a new set of file types it previously cannot play.

The term has become a misnomer of sorts as there is not yet a real file that can be called an mp4 file. It is still being currently developed by the International Organization for Standardization, most commonly known as ISO.

So for everyone's information, mp4 players are just players with more advanced capabilities. It can play almost any new file type that comes out of the market, which an mp3 player can only dream of. The problem lies in codecs. Most mp4 players in the market today need codecs in order to play new file types.

On the other hand, Windows backed AVI files is still widely supported due to the name recall of its manufacturer which is Microsoft. Its ubiquity in the market place makes it a wonderful contender to MP4s supremacy online plus no more need for codecs when played with installed players.