King of Mathematics is a comic book series (18 volumes in 6 seasons) to spark interest in mathematics for young students.

Toronto, Canada -- (SBWIRE) -- 04/02/2014 -- ‘King of Mathematics (KOM)’ is an educational comic designed to spark interest in mathematics for young students. This is a comic book series in six seasons (3 volumes per season, 18 volumes total), and its main purpose is to help young students become familiar with basic math concepts and math history.

KOM tells the exciting story of the heroine, Ellie Watson, who embarks on an adventure to find her missing father and battle against the tyrant king of Mathematica, with help from pirates and historical masters of mathematics.

The author Kim-Rin, who loves mathematics, published his first math educational comic series back in 2002 titled ‘Math Demon King’. The series was a great success in Korea and has been published in 5 different countries so far.

Kim’s new ‘King of Mathematics’ has an entirely different story, but shares the same purpose with his first work. Furthermore, it delivers current and extended mathematical contents covering all essential concepts of primary school mathematics and more.

Each volume has almost 200 pages in full color, and the first season will have the first three volumes. The project team has already started the production of the first volume. In order to minimize the waiting time between each volume in the first season, they need a financial push from the backers. 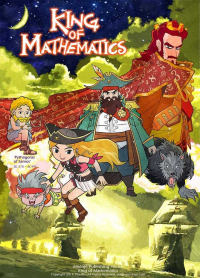 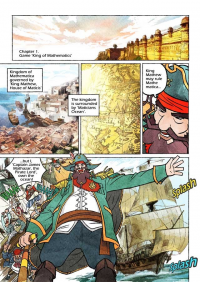 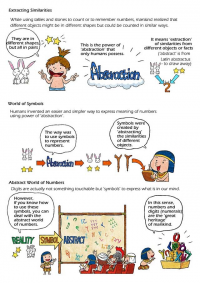