Middlesbrough, UK -- (SBWIRE) -- 03/06/2014 -- Guinness Record Holder in the Arts, Innovator (1st artist to premiere a Virtual Ticketed Show, as heard via the BBC in 2009), International performance artist and radio personality, Mikhail Tank releases a new rating system for media. The System includes 5 grades of intellectual quality of content, the rating card as shown herein and also via MikhailTank.com. The driving force which steered Mikhail into the direction of establishing a new rating system originated from his devotion towards the creation of great quality of programming which is more about what media is able to deliver intellectually to audiences, whereas nowadays the entire focus of gaging the ratings of a show depends on numbers and quantity. Even though indicators centered on numbers work fine, the need for integration of the Intelligence & Quality of Content is also important as it will encourage producers to create content which is intellectually engaging as well as appealing to a large number of people.

"I have heard from many folks the need to not only respect content due to sales and numbers, but to the quality and intellectual stimulation that it provides, I created a missing link and would like to share it with the world. The one dollar per use request is very reasonable and if this product becomes properly recognized, I would pursue a Certification Mark along with a possible creation of a committee to help with the ratings."

It is requested that for every use of this new system, $1 USD be PayPal'd to mikhail@mikhailtank.com. Media Rating System is still in its testing and growth phase ensuing its recent launch. It is expected that such a rating system will be quickly adopted because people are more aware and selective about the various content available to them. With the emergence of new mediums and the increase in competition it is only natural that the Media Rating System of the past evolve into something that can keep pace with the needs of the viewers.

About Mikhail Tank
Mikhail’s background as an artist, innovator, and director and involvement in various other mediums has allowed him to have a better understanding of what people desire and how important it is to provide intellectual stimulation and high quality of content to engage audiences. Tank is also a two-time, award-winning director of official Stephen King dollar baby films, with a third one currently in production. His most recent project, a partnered depth-psychology radio show is available on gold archival disc. 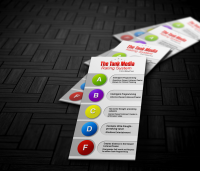